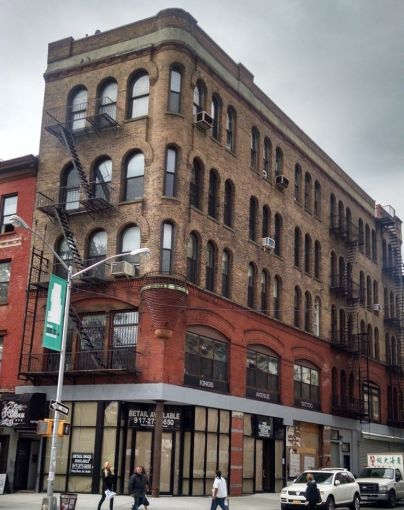 Muay Thai instructor and fighter Tyler Scott has created a new boutique kickboxing concept, and has signed a lease for his first HitHouse studio at 2 Spring Street, also known as 180 Bowery, Commercial Observer has learned.

HitHouse has signed a lease for a 4,300-square-foot below-grade space, where it has its own retail entrance with frontage, and a small vestibule, according to information provided by Winick Realty Group. The gym will offer group Muay Thai kickboxing classes for all ages, genders and skill levels, taught by amateur and professional fighters. The studio will feature HitHouse’s customized and patented striking bag, Bishop, which Scott designed to mitigate the swaying and momentum a traditional heavy bag creates when hanging from a chain.

Winick’s Danielle Winick and Daniyel Cohen, who represented the tenant, said Scott was drawn to the rugged feel and unique features of the space, including exposed brick, wooden beams and raw cast iron columns, as well as co-tenants Nudie Jeans and Kings Avenue Tattoo.

The asking rent in the April deal was $24,367 per month, a Winick spokeswoman said. HitHouse is the first tenant to lease the space since the landlord, Two Spring Associates, repositioned the building. The Winick brokers declined to provide the length of the lease. HitHouse is expected to move in in the third quarter.

“This is a perfect marriage of space and use,” said Winick in prepared remarks. “HitHouse offers the high-end feel of a boutique studio but also stays true to the grittier roots of Thai boxing—a combination that is well represented in the building, the co-tenancy and the space itself.”

Lisamarie Dixon of Paley Dixon represented the landlord in the transaction. She declined to comment.

“We here at management are pleased to welcome HitHouse as an exciting addition to our building, and a perfect complement to Nudie Jeans,” said Chris C. Chin, who represents the building management. “We expect HitHouse to do for boxing what Soul Cycle did for cycling.”