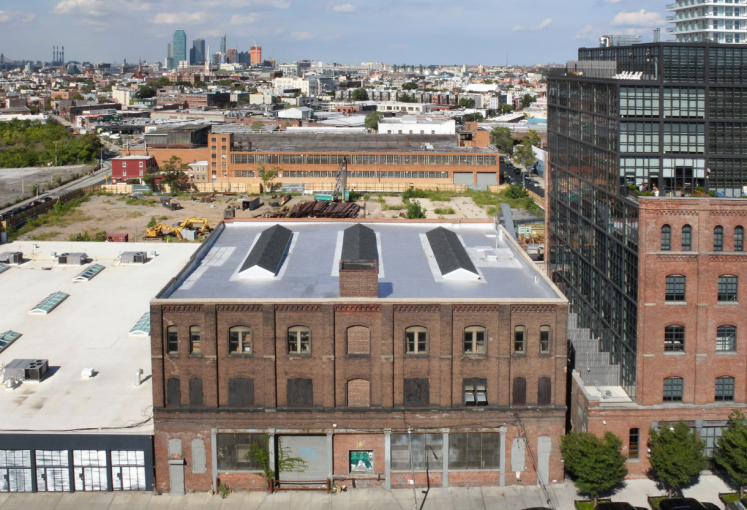 Weisz purchased it from Eleven North Capital, according to Cushman & Wakefield, which represented the buyer and the seller in the transaction.

The 1920s brick building holds 41,690 square feet of commercial space and 11,400 square feet of usable basement. The sale price works out to $852 a square foot. The site ultimately sold for $8 million less than the initial asking price of $43 million.

The property sits between Kent and Wythe Avenues, a block inland from the East River and at the northern edge of North Williamsburg’s manufacturing zone. The industrial zoning allows hotel, office, retail and light-manufacturing uses at 61 North 11th Street, as well as community facilities.

“The tremendous response from the market called for a tight and strategic process with several rounds of competitive bidding,” Maddigan said in prepared remarks. “Ultimately, we were thrilled to identify a capable buyer with a keen understanding of the neighborhood and an exciting vision for the property’s future use.”

Bushwick Inlet Park and McCarren Park are only a few blocks away in either direction, and the Bedford Avenue L train stop is a 10-minute walk away.

This is Weisz’s second big purchase in Williamsburg this year. He picked up two residentially zoned sites at 187 Kent Avenue and 48 North 3rd Street for $42.5 million total in March, as CO previously reported. He plans to build a 96-unit rental building on the L-shaped site, which is eight blocks south of his newly acquired North 11th Street property.