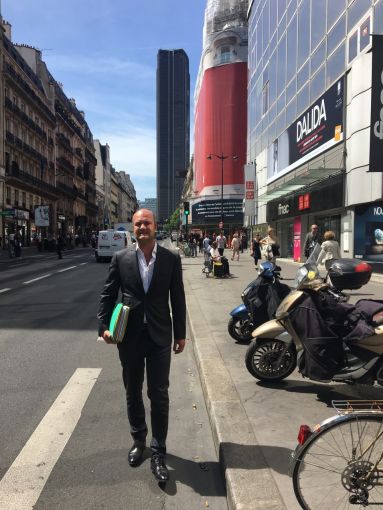 Bertrand de Soultrait, the president of Bertwood Realty, has closed the brokerage’s New York City office at 146 East 46th Street and moved across the Atlantic Ocean to Paris after three years, Commercial Observer has learned.

De Soultrait, 32, relocated to Paris three weeks ago and intends to focus on acquisitions of properties in Europe from his native France through the same company name. Bertwood Realty will represent retailers in Paris on the brokerage side as well.

He had actually opened the Paris office last year and had been acquiring properties in France for a few years before committing to the move. Currently, de Soultrait said his company has a portfolio of 12 properties in France, 10 of which are residential buildings, and one that is a hotel and restaurant, and one retail condominium unit. In France he has just two staff employees, but no brokers.

“I’ve been wanted to move back to Europe for a few years. I took my time and worked as hard as I could,” de Soultrait told CO. “A new president was elected in France. And I have a lot of hope in him [for tax reform].”

“The market in New York for retail is becoming very scary,” he said. “I’m not sure what will happen in retail in the next two years. It’s very challenging.”

De Soultrait worked for seven years as a broker in the United States. That included two years at NYCRS and then two years at SCG Retail before he started Bertwood Realty in 2014, focusing on European retailers looking for space in the U.S. Bertwood Realty had three sales associates, one associate broker and one administrator in New York City, none of whom followed him to Europe.

Before closing the New York City office, de Soultrait established a partnership with Sinvin Real Estate so that some of Bertwood Realty’s clients in the United States can continue to receive services.

“Having known Bertrand for the past few years and developed a great respect for his business acumen and connections I’m excited for Sinvin to grow its relationship with Bertwood,” Christopher Owles, a principal at Sinvin, said in prepared remarks. “We are proud to be assisting his European clients in the U.S. and look forward to his assistance in securing international locations for our clients.”