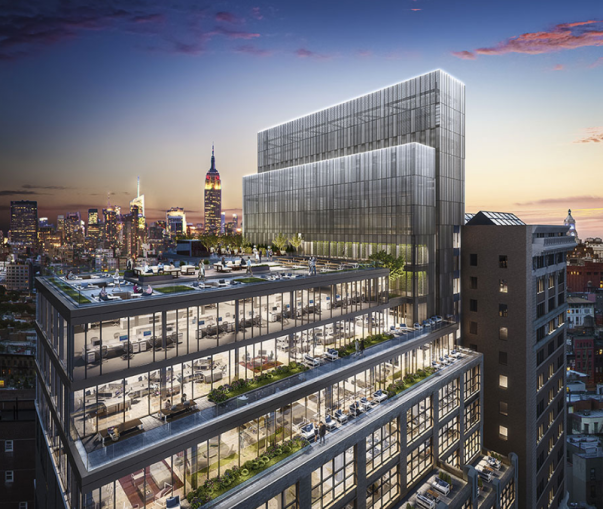 MAC Cosmetics has inked a deal for 86,000 square feet at One Soho Square, Stellar Management’s two-building development at the corner of Avenue of the Americas and Spring Street.

The Estée Lauder Companies subsidiary will set up shop on the 10th floor and in flashy glass penthouses on the 11th through 13th floors, according to The New York Post.

Asking rent was $125 per square foot. The length of the lease wasn’t immediately available.

Stellar, led by Larry Gluck, purchased two industrial buildings at 233 Spring Street and 161 Avenue of the Americas for $200 million in 2012, according to property records. The two properties have been combined into a single building, now called One Soho Square, and the structure is being outfitted with a 19-story glass core, a half-acre rooftop garden and three new penthouse floors on top of the Soho building.

A few other tenants have already leased space in the upscale commercial development. Trader Joe’s plans to open a 19,000-square-foot store on the ground floor of One Soho Square’s eastern building, 233 Spring Street, later this year, Commercial Observer reported yesterday. Managed by Q also leased office space there a year ago.