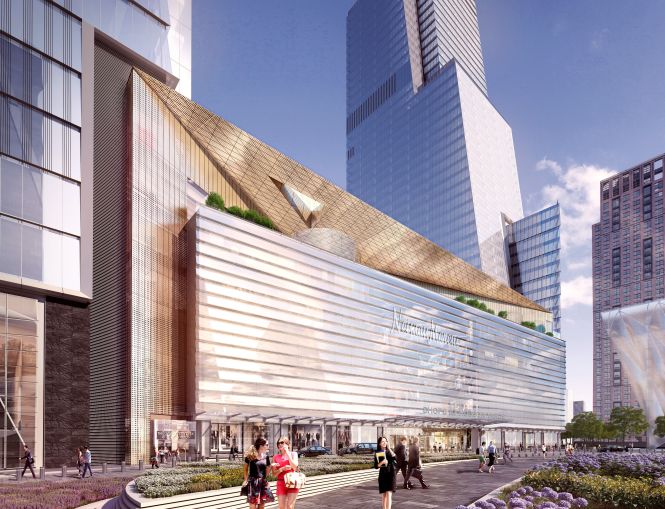 The new eatery, for which a name has not been announced yet, is expected to open at the 28-acre development in the fall of next year. It will be a modern brasserie and will take part of the fourth floor of the 1-million-square-foot building at 20 Hudson Yards, which will be anchored by Neiman Marcus. The building is under development along 10th Avenue between West 31st and West 32nd Streets.

Webber Hudson and Kevin Stuessi of Related Companies handled the deal in-house directly with D&D London. A spokeswoman for the landlord did not disclose the terms of the deal, when asked by Commercial Observer.

“It has long been a desire of ours to bring a new flagship restaurant to this amazing city. We spent a lot of time considering where to open and believe that the dynamism and creativity of Hudson Yards makes it the ideal location for us,” D&D London Chairman and Chief Executive Officer Des Gunewardena said in a statement. “In my view, there is no other city besides London that can match the energy, vibrancy and diversity of the New York dining scene.”

The new restaurant will join more than a dozen others at the building curated by chef Thomas Keller and Kenneth Himmel, the president and chief executive officer of Related Urban.

“Des and D&D have created some of the most exciting and inventive dining concepts in the UK,” Himmel said in prepared remarks. “Their new concept will be the perfect addition to Manhattan’s newest neighborhood.”

Gunewardena and David Loewi founded D&D London in 2006. It currently has a portfolio of 35 restaurants in the United Kingdom and other countries. Though it will be the company’s first restaurant in New York City, it is partners in event space Guastavino’s at 409 East 59th Street under the Ed Koch Queensboro Bridge, as The New York Times reported.