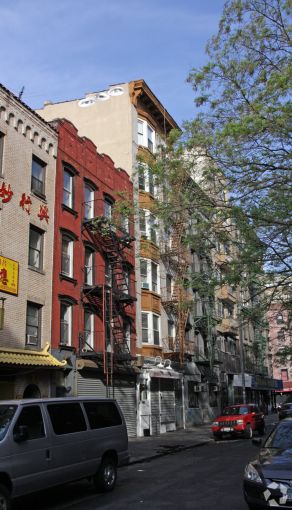 Cédric Vongerichten, the son of chef and restaurateur Jean-Georges Vongerichten, his wife Ochi Vongerichten and Ezra William are bringing a new restaurant to Nolita, Commercial Observer has learned.

According to information provided by law firm Pryor Cashman, yesterday the trio leased a 2,000-square-foot ground-floor space at 20 Spring Street for an eatery (plus basement space for back-of-house functions). The eatery will be at the base of the six-story building, which is between Mott and Elizabeth Streets.

“The food served will be an influence of Indonesian cuisine with modern American style,” Vongerichten emailed CO, declining to provide other details.

Pryor Cashman’s Ronald B. Kremnitzer and Benjamin J. Teig negotiated the lease for the tenants.

James Famularo and Jeff Geoghegan of Eastern Consolidated brokered the transaction between the tenant and the landlord, Yu Kam Wong‘s RJh Wong LLC. Famularo said he Geoghegan and declined to comment.

Cedric Vongerichten, who was named in 2011 by Zagat as one of the top 30 up-and-coming chefs under age 30, is the chef de cuisine at Perry St in the West Village. It wasn’t clear if he would leave this post.