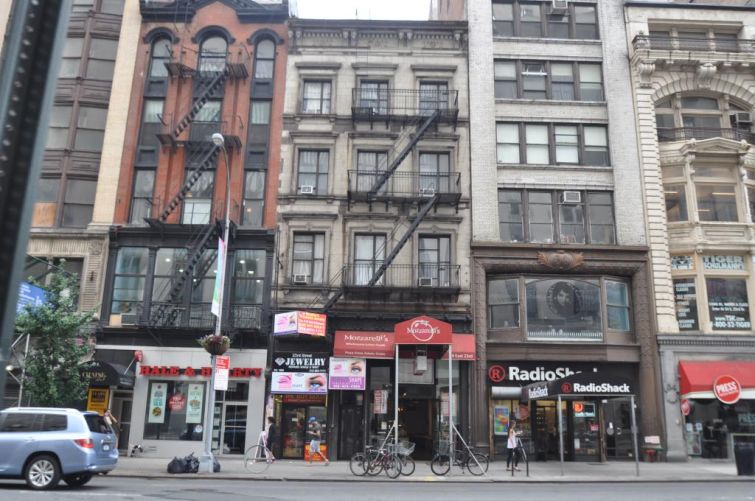 Two new dining options are coming to one building in the heart of the Flatiron District, a street that has seen an influx of fast-casual eateries. Chinese restaurant Xi’an Famous Foods and fast casual French spot By Suzette plan to move into the ground floor of Soleil Management’s 38 East 23rd Street, near Madison Square Park.

Xi’an leased 1,200 square feet, and By Suzette inked a deal for 700 square feet. Both tenants signed 10-year leases and expect to move in during the next few weeks. Asking rents were around $250 a square foot, according to the brokers.

This will be the fourth location for By Suzette, which has space at 78 Chambers Street in Tribeca, 494 Eighth Avenue just north of Pennsylvania Station and the new Turnstyle mall in Columbus Circle. The three-year-old business serves up savory and sweet crepes, sandwiches and salads.

Xi’an is opening its 14th outpost, after starting out as a 200-square-foot basement stall in Golden Shopping Mall in Flushing, Queens a dozen years ago. The fast-growing chain has made its mark in Manhattan, Queens, and Brooklyn with spicy, northwestern Chinese cuisine that ranges from cumin lamb burgers to savory noodle soups with oxtail and pork. However, the company just shuttered Biang!, its full service restaurant, at 157 Second Avenue between East 9th and East 10th Streets in the East Village.

In the By Suzette transaction, KSR’s Albert Manopla represented the tenant and the owner. And Abie Dwek and Meyer Tawil of KSR repped Xi’an, and Manopla once again represented the owner. “Twenty-third Street is the perfect retail corridor for the Xian brand,” Dwek said to Commercial Observer in an email. “Leasing on a major thoroughfare with high foot traffic from three distinct markets was a key factor in selecting their next location.”