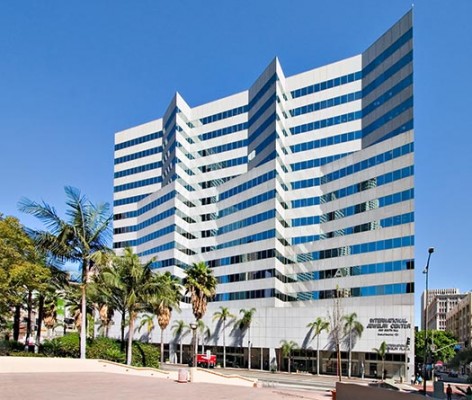 Joseph Moinian has a lot to celebrate this week. Not only did he move up to spot 64 on Commercial Observer’s Power 100 list, The Moinian Group just bagged a $120 million loan to refinance the International Jewelry Center in Los Angeles.

The Moinian Group acquired the International Jewelry Center for $144 million in 2007 from Hertz Investment Group. The 369,976-square-foot, 16-story office property is located at 550 South Hill Street in Los Angeles’ jewelry district. Built in 1981, the center houses over 450 jewelry manufacturers, wholesalers, retailers and couriers.

It isn’t the first time that Bank of China has done business with The Moinian Group. In 2014, the lender provided $550 million in HFA credit enhancement bonds to fund the construction of Sky, the 71-story, 1,175-unit residential skyscraper located at 605 West 42nd Street and in 2016 it provided a $50.7 million loan to Moinian for the W New York Downtown Hotel and Residences at 123 Washington Street.

It may be busy transacting from coast to coast, but The Moinian Group has been especially busy on the West Side of Manhattan lately—developing, owning and managing 4 million square feet of commercial and residential real estate across five acres on 11th Avenue. The company is creating a “city within a city,” along 11th Avenue, Moinian told Commercial Observer, snapping up properties that span full blocks as well as various asset classes and creating a neighborhood along the way. “We have apartments, we have retail, we have parking facilities and we have offices. There is a good mixture of assets.”

Those assets include 3 Hudson Boulevard, a 66-story, 2 million-square-foot office tower and 572 11th Avenue, a 13-story apartment building with a retail component, located diagonally across from Sky.

Officials at Bank of China could not immediately be reached for comment.