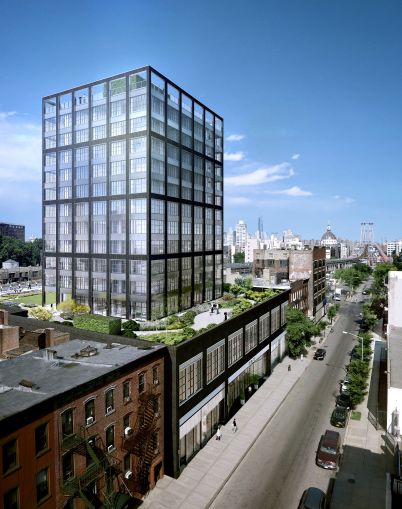 Two new tenants have signed more than 10,000 square feet at Midwood Investment & Development’s new project in the Williamsburg section of Brooklyn, according to a press release from the landlord.

Downtown Natural Market, a supermarket, signed a 7,200-square-foot lease at the 13-story, 82-unit rental development at 282 South 5th Street between Havemeyer Street and Marcy Avenue, which is also known as The Williams.

The grocery store will occupy part of the ground floor. Mitch Weiss of the Retail Zone represented Downtown Natural Market in the deal. Weiss did not return a call for comment.

And in the second lease, Brooklyn-based Dime Community Bank inked a 3,200-square-foot deal for a branch on the ground floor of the building. It will relocate a nearby bank there. A Dime spokesman confirmed the deal, but did not identify the address of the moving branch. Dime has an outpost down the block at 209 Havemeyer Street.

The bank was represented in-house and the terms of the deals were not disclosed.

The Williams, a Morris Adjmi-designed building, features a mix of studios and one- and two-bedroom apartments. Since starting leasing last fall, the building has reached more than 90 percent occupancy with pricing starts at $2,745 per month.

Amenities at the property include an attended lobby, a residents’ lounge with billiards and a conference room, a fitness center and yoga room, a children’s playroom, a laundry room, bicycle and stroller storage and an indoor pet spa. The building has a half-acre garden terrace with a café, seating, walkways, grassy areas and a dog run. It also has another outdoor space with a BBQ, fire pit and an outdoor shower.

A spokeswoman for RKF said that David Rosenberg and Alex Beard represented Midwood Investment & Development in both deals, but didn’t immediately have a comment.

“During the planning stages of The Williams, we made a deliberate effort to ensure that relevant lifestyle retailers would be included in the development of the property,” Ron Bondy, the executive vice president of leasing at Midwood Investment & Development, said in a prepared statement. “Through this unique retail mix, The Williams provides local residents with convenient commercial options along Broadway Avenue.”

The building was completed last year and residents started moving into their apartments in October. Downtown Natural Market and Dime branch will join Kiddie Academy and Blink Fitness at the building.