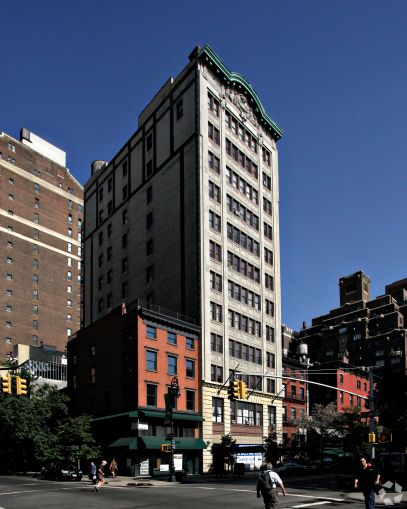 The owner of a Gramercy Park-area office building at 67 Irving Place has filed for Chapter 11 bankruptcy protection, at the same time an affiliated company filed for Chapter 11 on a Washington, D.C. site, bankruptcy documents indicate. The former, which is between East 18th and East 19th Streets, is valued at $40 million, and the latter at $8 million, the records show.

Puble N.V., whose president is Charis C. Lapas, yesterday filed for Chapter 11 in United States Bankruptcy Court in the Southern District of New York for 67 Irving Place. And an affiliate company, Scotia Valley N.V., filed for bankruptcy protection on 1737 H Street N.W., an office building in Washington, D.C. Lapas wasn’t reachable and his attorney in both bankruptcies, Frank A. Oswald, didn’t respond to requests for comment. Mortgage lender Daniel Wrublin of Dalan Management is owed $13.3 million at the properties, documents show.

The 12-story, 44,160-square-foot office building on Irving Place was erected in 1909, and Puble N.V. has owned it since 1986. It is home to Drake Design Associates and Bedford Cheese Shop. Heritage Realty Services, the operator of 67 Irving Place, is also a tenant in the building and is cited in both cases as the creditor with an unsecured claim for $22,295.97 in brokerage commission.

“There appears to be plenty of equity value between these two properties, as the total asset value is $48 million against only $13 million of debt,” commented Adam D. Stein-Sapir, a portfolio manager at Pioneer Funding Group, which specializes in analyzing and investing in bankruptcy cases, and who is not involved in the case. “If I had to speculate as to why these properties filed for bankruptcy I would say that they are asset rich but cash poor, lacking liquidity to pay the mortgage and other expenses. We’ll know more as the case develops.”