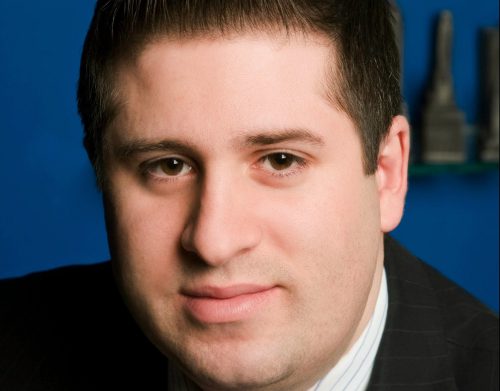 Real estate technology firm MetaProp NYC has hired Dan Fasulo, a veteran of the industry’s data and research sector, to join in a part-time capacity as its “research executive in residence,” Commercial Observer has learned.

Fasulo, who has previously worked for Real Capital Analytics and, most recently, DMG::Information, started at MetaProp’s Flatiron District headquarters last week and will look to boost the company’s data gathering and analysis operations, MetaProp said in a press release provided first to CO.

Fasulo described his new “executive in residence” role as “very common in Silicon Valley, [but] very foreign in real estate.” He told CO that one of his “core missions” will be helping MetaProp grow its position “in the world of prop-tech research.”

“A lot of [MetaProp’s] stakeholders are relying on them for information to make decisions,” he said. “They’re trying to bring investment dollars into this [real estate tech] ecosystem, and you need to have data to represent to that group that this is worthy of your time and money. I’ll be a resource for the different stakeholders, their corporate partners, some of their venture capital partners and the community at large they’ve been able to build through their outreach.”

Fasulo said the firm “already [has] a very well-respected prop-tech sentiment survey” that is sent out among stakeholders and “produces a good barometer of where the industry is heading.” But in addition to that, he said the firm is seeking to do “foundational-type reports on different verticals within prop-tech” that would help expand knowledge about the sector throughout the real estate industry.

“It can be really confusing for people who aren’t [immersed] in this every day to understand what the different verticals are in prop-tech, whether that’s technology that’s actually impacting the physical building or whether it’s more about data or intelligence,” he said. “There’s a lot of research we can do to really help the ecosystem understand the prop-tech community better.

Aaron Block, a founding partner and managing director at MetaProp, said he’s known Fasulo “for a long time” since they overlapped during their time as employees at Cushman & Wakefield. “His reputation precedes him among our friends and business partners,” Block said to CO. “We had a chance to reconnect and catch up and I realized what an amazing opportunity it would be for us to work together.”

“Given the data we go through and the number of companies that have research needs, having Dan around is just a no-brainer,” he added, noting that  Fasulo will “weigh in on the operation side of what we do” including published reports and the prospective companies that MetaProp works with.

Fasulo spent more than a decade at Real Capital Analytics, where he served as a managing director and head of research for the commercial real estate analytics firm. Most recently, he left DMG::Information at the end of last year after spending two years working in consulting and product development for the company.

“I had a great time [at DMG:::Information],” he said, adding that he left after the firm “decided to make some changes with how everything was structured corporately. It was a good time to move on to my next venture.” DMG::Information did not immediately return a request for comment.