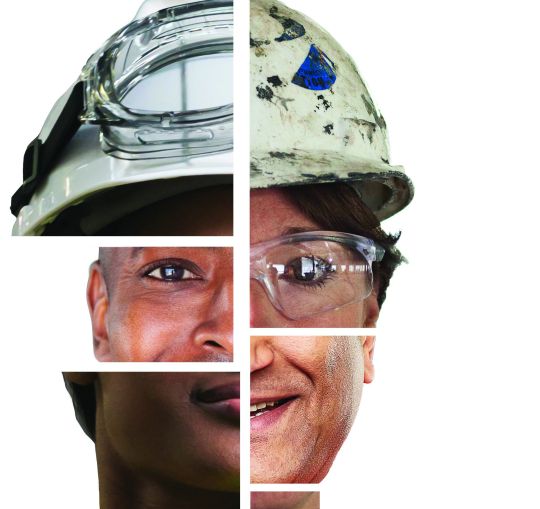 The report, entitled “Diversity in the New York City union and nonunion construction sectors,” points to several statistically-backed findings exemplifying how the union sector outpaces the nonunion industry in terms of workforce diversity, while also spotlighting instances in which the unions have themselves made historical strides in becoming more inclusionary.

According to EPI, the union sector “employs a greater share of black workers and pays them more than the nonunion construction sector,” while also improving on its historical performance by drawing in more minority workers through apprenticeships than it did 20 years prior.

The report also spotlights how Hispanic workers who constitute “a growing share” of the nonunion workforce “are paid far less than in the union sector,” due largely to those workers’ “relative youth, lower levels of education and more-recent-immigrant status.” It added that because construction workers, particularly union workers, “earn more than other blue-collar workers,” the unionized sector of the industry “help[s] close racial and ethnic wage gaps” in the city at large.

But nonunion representatives have rejected the report and its the claims, noting that the study was commissioned by the Building and Construction Trades Council of Greater New York and maintaining that nonunion employers not only have more diverse hiring practices but provide minority communities with an easier path to finding construction jobs.

Joshua Reap, vice president of public affairs for the Empire State chapter of the nonunion Associated Builders & Contractors, said that he questioned not only the report’s credibility but also its timing—with the New York City Council currently deliberating a recently introduced bill that would mandate construction apprenticeships on projects that are 10 stories or taller.

“Our concern is the study was paid for by the Building Trades Council,” Reap said, noting that data provided by the construction union group was used in the report. “To us, it’s abundantly clear that there is an agenda… It seems very suspicious that the City Council is considering an apprenticeship requirement [at the time of the report’s release].”

Reap added that the EPI study relied heavily on apprenticeship program figures to back its assertions, rather than considering “the general workforce” across both union and nonunions sectors.

“If you compare workshop to workshop, the merit shops are more diverse. We’re more reflective of the communities in the five boroughs,” he said. “In the last 10 to 15 years, there’s been a huge transformation in the open shop community; we are on the same level [with union shops] in terms of quality and competency, and that’s why a lot of developers are using merit shop workers.”

Mishel added that while statistics show that the nonunion sector employs more Hispanic workers than their union counterpart, “That doesn’t make them social justice warriors, in my view”—citing the discrepancy between union and nonunion wages, in particular.

The EPI report cites data showing that black employees account for 21.2 percent of the construction union workforce compared with only 15.8 percent of nonunion workers. Union apprenticeship participation among black workers nearly doubled between 1994 and 2014 (to 35.1 percent from 18.3 percent), as did minority apprenticeship participation at large (to 61.8 percent from 36.3 percent).

“Diversifying our industry has been one of our top priorities, so we are proud to see we are making great strides and welcoming our brothers and sisters of all backgrounds a chance to build the future of New York City,” LaBarbera said. “But we will not rest on our laurels today, as it’s critically important that we continue to fight for the entire construction workforce regardless of union or non-union status.”