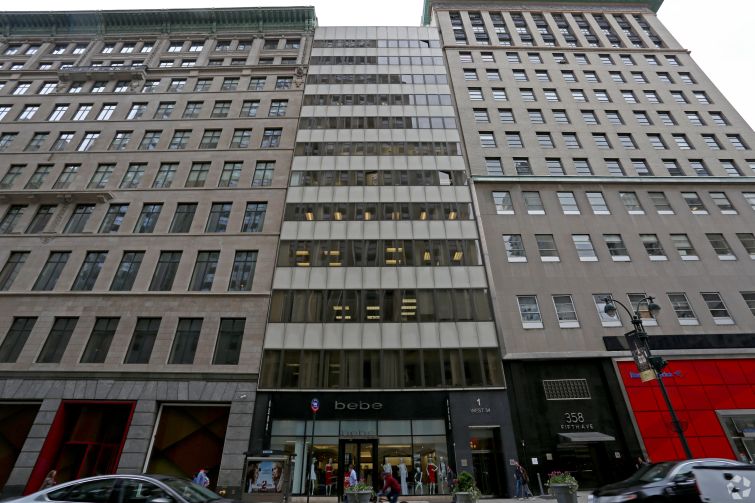 Bebe, a 1990s favorite for women’s fast fashion, is shuttering its ground-floor store at 1 West 34th Street between Fifth Avenue and Avenue of the Americas, according to a notice the company filed with the New York State Department of Labor. The closing, slated for May 27, will impact 16 employees.

The news comes as the 40-year-old fashion chain—which lost about $200 million over the past four years—prepares to close all of its 170 stores nationwide, as Bloomberg recently reported, and avoids filing for Chapter 11 bankruptcy. Instead Bebe will focus on its online business.

Kate Newlin of Newlin Consulting, a brand consultant for retailers and manufacturers, emailed about the company’s fate: “Junky merchandising. Junky clothes. Looks cheap. Hard to tell a teen/millennial aspirational story. No narrative. Compare to an Urban Outfitters vibe. And geez Louise. Who shops 34th Street? Not a workable business model. Survival may go to the fittest retailers, but not these guys.”

Bebe announced on March 22 that “its board of directors is exploring strategic alternatives for the company. … [and has] engaged a real estate adviser to assist with options related to its lease holdings.”

“This is another example of how e-commerce has affected retail brick-and-mortar stores throughout the U.S., said retail broker James Famularo of Eastern Consolidated.

BLDG acquired the property between Fifth Avenue and Avenue of the Americas for $51.5 million in March 2002, according to CoStar Group. It was not immediately clear when Crown bought into the property. It is comprised of three contiguous buildings totaling 212,000 square feet. Ground-floor tenants also include Duane Reade and Bank of America.