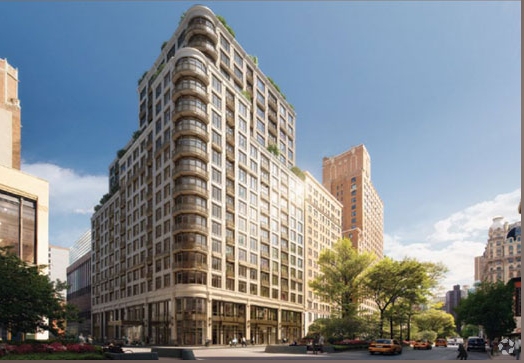 Compass has secured a deal for an Upper West Side office at the Laureate at 2150 Broadway at West 76th Street.

The technology-heavy residential real estate brokerage, formerly called Urban Compass, has signed a 10-year lease for 8,725 square feet on the second floor at the 17-story, 69-unit residential condominium tower developed by Stahl Organization, according to The Real Deal. The asking rent was $125 per square foot, a source informed Commercial Observer. A Compass spokeswoman said the deal was signed in late-January.

Ethan Silverstein and Jim McCaffrey of Cushman & Wakefield represented Compass in the deal, and didn’t respond to a request for comment via a spokesman. Jeffrey Roseman of Newmark Grubb Knight Frank told CO he and NGKF’s Drew Weiss represented ownership, but didn’t comment further.

The company will open its new digs in the spring, TRD indicated. This is Compass’ third office in Manhattan (the headquarters is at 90 Fifth Avenue and early this year the firm will be relocating an office from Lever House at 390 Park Avenue to 10 East 53rd Street, as CO previously reported), and it has two Brooklyn addresses (one in Park Slope and one in Williamsburg).

“Compass is building one of the largest luxury real estate brokerages in the world’s most affluent markets and vibrant communities,” Rob Lehman, Compass’ chief revenue officer, said in a statement. “The Upper West Side fits that bill, and now Compass has an inspiring office space for our agents and their clients at 2150 Broadway.”