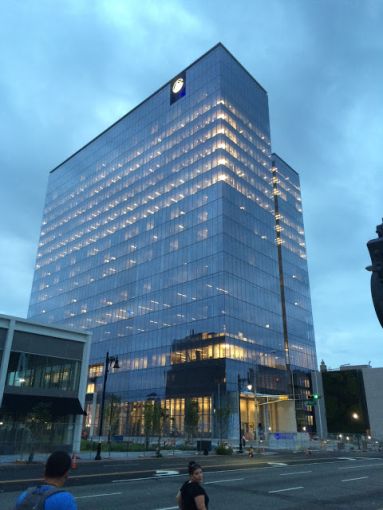 The life company, which has a variety of loan offerings—from mezzanine and preferred equity to agency products from Fannie Mae and Freddie Mac—will begin offering financing on “core-plus” assets, or more transitional commercial real estate deals with a value-add component.

“Core-plus is a natural extension of our core lending strategy,” said Marcia Diaz, the managing director and global head of originations at PGIM Real Estate Finance. “We see demand for this debt product and wanted to be able to provide an option for our borrower clients.”

Over the last two years, the commercial real estate market has been dealing with a maturity wave of pre-crisis loans. Because many of those deals were financed at the peak of the market nearly a decade ago, some borrowers have turned to bridge-lending to help improve a property—whether with renovations or leasing efforts—before securing a long-term refinancing. That trend has resulted in more CRE financing shops offering that type of product, as well as new companies that are entirely focused on that type of shorter-term, transitional debt.

David Durning, the president and chief executive officer of PGIM Real Estate Finance, said the new strategy will allow the company to expand its reach and provide debt on assets that the life company has never pursued before.

On the whole, PGIM has been steady in its debt originations over the last few years, in 2016 providing more than $13.9 billion in financing, $13.2 billion of which was driven by multifamily, industrial and office deals. The company completed roughly $4.1 billion in conventional and affordable multifamily loans on behalf of Fannie Mae, Freddie Mac and the Federal Housing Authority. Additionally, PGIM has been active globally and lent approximately $750 million in Europe, Japan and Australia.

Life insurance companies across the board ended 2016 on a strong note and accounted for 34 percent of non-agency CRE loans in the last quarter of the year, more than any other lender type, according to research that CBRE released last week. And while life lenders had a 6 percent year-over-year decline on a dollar-volume basis, origination volume increased by 13 percent between the third and fourth quarters of 2016, according to MBA.