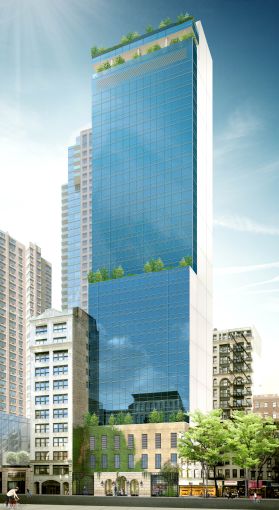 The case between developer Jeffrey Lam‘s Lam Generation and Edison Properties and the Kaufman Organization over access to their property in Chelsea has been discontinued, according to a court document filed on Feb. 22.

Lam has paid damages and Edison Properties and the Kaufman Organization have provided him with access to their 119 West 24th Street so he can proceed with developing an $120 million Marriott International hotel at the adjacent 112 West 25th Street between Avenue of the Americas and Seventh Avenue, Grant Greenspan, a principal of the Kaufman Organization, told Commercial Observer.

The hotel developer claimed in a supreme court case that he couldn’t move forward on the project’s development because he was denied access to 119 West 24th Street, as CO previously reported. As of 2015, the West 24th Street building has been owned by HLP Properties, a company affiliated with New Jersey-based Edison Properties, and is ground-leased to Kaufman Organization since the year prior.

Greenspan said that Lam jumped the gun in filing a suit.

“We were actively negotiating with him to settle some damages he did as a result of demolition of [his] building,” Greenspan said.

Lam gave Kaufman and Edison $120,000 for a repair to a wall at 119 West 24th Street, and the companies provided Lam access to the building, Greenspan noted.

Lam didn’t immediately respond to a request for comment and nor did his attorney, Michael S. Farber.