If President Trump Wants to Flash Some Cash for Infrastructure, NYC’s Got a Wish List 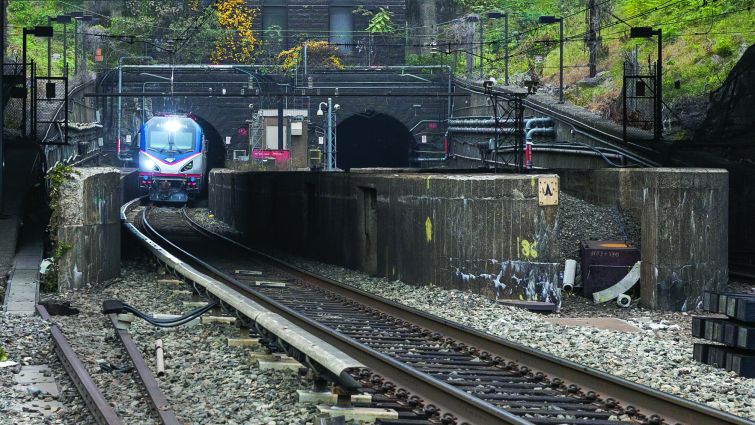 If you build it, they will come.

Sure, that’s the line ambitious developers will often use when trying to get a project off the ground. When it comes to New York City’s infrastructure, however, experts believe that you have to rebuild it, because so many people have already come and public works have fallen apart.

And this might be the Big Apple’s golden opportunity to get a big injection of cash, courtesy of the federal government. Yes, it’s not even two weeks in and President Donald Trump is sparring with nearly everyone over almost everything under the sun… except a big infrastructure plan that would provide billions in public works.

Trump made that a key policy proposal on the campaign trail, many crediting it as a factor for his surprise victory in November 2016. He’s gone as far as tapping real estate pals Steven Roth of Vornado Realty Trust and Richard LeFrak of LeFrak to head his task force on infrastructure.

Senate Democrats, who have pushed for infrastructure investment in the last few years, unveiled a $1 trillion spending plan last week to get the ball rolling on construction of new roads, bridges and transportation hubs.

“Nationwide, you’re looking at 10 [million] to 20 million new jobs,” said Carlo Scissura, the president and chief executive officer of the New York Building Congress. “These projects, which won’t get off the ground tomorrow, will create a million new jobs in the New York region over the next 10 to 20 years.”

And the construction industry appears ready to roll up its sleeves. “The development and maintenance of infrastructure is critical to improving the lives of all New Yorkers,” said Mike Viggiano, a Skanska USA executive specializing in infrastructure. “Our roads, bridges, tunnels and mass transportation systems serve as the backbone for commerce.”

Commercial Observer reached out to some of the city’s top experts on constructing or rebuilding these types of projects to gauge what they’d like New York to get from a major, hypothetical, spending package and three key projects kept coming up again and again.

A long-standing proposal that didn’t get much attention until last year, the Gateway Tunnel is becoming a reality. The project is expected to cost $20 billion, half of which the federal government is expected to pay. Local governments from both states and agencies such as the Port Authority of New York & New Jersey will foot the other $10 billion and have begun drawing up financing plans.

Amtrak, which controls the existing tunnel, would then be able to shut down the crumbling tube, which was heavily damaged by Superstorm Sandy. The current passageway already sees a heavy amount of use from Amtrak, NJ Transit and other lines.

“Obviously the Gateway Tunnel is something that is a priority for New York,” said Gary LaBarbera, the president of the Building and Construction Trades Council of Greater New York. “That’s something that’s desperately needed.”

Experts told Commercial Observer the work would likely be done by larger, international construction companies. There’s also the option of going through a public-private partnership, in which a nongovernmental entity invests and builds the tunnel.

The Trump administration put the Gateway Tunnel as one of its 50 top infrastructure investment priorities. Elaine Chao, Trump’s secretary of transportation, said at a senate hearing last month that constructing Gateway Tunnel was a key need moving forward.

“I would assume that any project in New York, New Jersey would be very important going into the future,” she told members of the Senate’s Environment and Public Works Committee.

Tom Wright, the president of the Regional Plan Association think tank, said he supports Gateway but added the tunnel could go a step further. If the Feds were to invest in the tunnel, he said, they should explore extending it through Manhattan, under the East River and directly to the Sunnyside rail yard in Queens.

“Everyone has collectively recognized that Gateway by far should be at the top of the list. In size, impact and national importance it is probably the most important project in the country.”—Chris Ward, AECOM

If your regular commute involves going from northern Brooklyn to Staten Island, chances are you’ve lost hours of your life in stop-and-go traffic.

Some transportation and infrastructure advocates believe the best solution is to replace the Gowanus Expressway, which runs in Brooklyn from the Verrazano Bridge in Bay Ridge to the Red Hook section of the borough.

In 1997, RPA published a study that found it was feasible to rip down the roadway, built in the 1940s, and put a tunnel in its place. Taking down the expressway would disrupt the impacted communities, according to the report, but would open up access to neighborhoods such as Red Hook and Sunset Park.

However, in 2011 the Federal Highway Administration scuttled dreams of tearing down the Gowanus and burying it below Third Avenue because the costs would be too high.

But some believe now is the time to revive the plan since infrastructure talks are on the table. Scissura, the head of the Building Congress, said replacing the Gowanus would open up Brooklyn neighborhoods that have already experienced a wave of development. If Boston could have a highway underground, then New York should have the capability to do it too, he added.

Of course, there’s the matter of cost, which Scissura said could be about $20 billion. While the cost equals what it would to build 1 World Trade Center five times over, the Building Congress chief said that it’s merely a drop in the government’s potential bucket.

“We’re at a moment where every side in Washington wants to spend $1 trillion on infrastructure,” he said. “If we’re going to spend it, and now is the moment, then New York needs to seize on it. New York needs to be the beneficiary.”

“This has been talked about for 20 years. If we actually tore down the expressway, built a tunnel connecting the Verrazano Bridge to the Battery Tunnel to the [Brooklyn-Queens Expressway], you would open up so much opportunity for millions of people, alleviate traffic and build a modern system.”—Carlo Scissura, New York Building Congress

If you’ve been in a coma since the 1960s, the only things that’ll look the same in New York City when you wake up are the airports. And, unsurprisingly, many experts said LaGuardia Airport and John F. Kennedy International Airport rank as two of the worst in the country.

But these mavens of construction and infrastructure noted that a lot of work has been undertaken at the state level already. In fact, Gov. Andrew Cuomo has announced about $18 billion in construction work between the two airports since July 2015. That includes construction of an entirely new, larger LaGuardia Airport and a $10 billion overhaul of JFK to upgrade facilities as well as make access to the airport better.

Where the Feds could help out is finding a way to create more one-seat rides to the airport, said William Rudin, the chief executive officer of Rudin Management Company and the chairman of The Real Estate Roundtable trade group. He said figuring out a direct route from Newark Airport in New Jersey to Lower Manhattan or a one-seat link from the island to JFK would be major infrastructure victories.

Joseph Sitt, the founder of Thor Equities and the chairman of infrastructure advocacy group Global Gateway Alliance, noted that the tri-state region’s airports currently employ 500,000 people. Upgrading the airports even more would create jobs in both the short and long run, he said.

“No place is as dependent on our subways, trains, buses and airports as we are, and without good infrastructure our city’s economy literally can’t function,” Sitt said. “That’s why the crumbling infrastructure we’ve been dealing with has cost so many billions of dollars, and that’s why we need to rebuild now.”

“We must improve the New York region’s aging airport terminals and expand the capacity of LaGuardia, Kennedy and Newark airports to reduce the delays that plague our system and cost billions in lost time and productivity.”—Joseph Sitt, Thor Equities 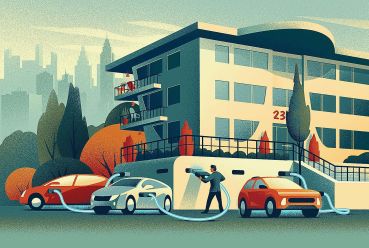