Why Shorter Construction Projects Are More Dangerous Than Taller Ones 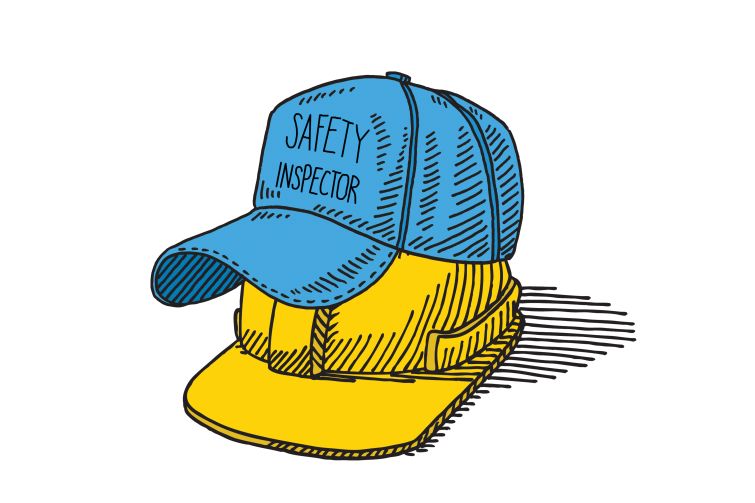 The taller a building is, the more difficult it is to construct and therefore the more dangerous it will be for workers, right?

Conventional wisdom would say yes. However, the opposite is true because New York City’s safety regulations for “minor” buildings (less than 10 stories) are lax compared to “major” ones (10 and up), experts said.

Shorter buildings don’t require a site safety coordinator or a site safety manager, which are professional contractors licensed through the New York City Department of Buildings, whose sole purpose is to oversee safety on a site. Minor buildings also don’t require site safety plans or its construction workers receiving 10 hours of construction safety training from the federal Occupational Safety and Health Administration (OSHA).

What minor buildings are required to have is a licensed superintendent, and that person is charged with ensuring safety on a project. However, that superintendent is typically employed by the construction manager or the general contractor to also do such duties as contacting vendors and overseeing logistics, project flow and productivity on sites. To some, that presents a clear conflict of interest.

From 2010 to 2015, there were 1,446 accidents on construction sites, resulting in 40 deaths, and 75 percent of those fatalities happened in buildings with less than 10 stories, according to a 2016 report by the Real Estate Board of New York (REBNY) via DOB data. Last year, there was an equal number of deaths in both categories: six, according to a DOB spokesman. When there is an accident, minor buildings are 51 percent more likely to get a safety violation, the REBNY data shows. (Although plenty of the accidents fall well short of being fatal; they can include worker falls, material falls, failures with equipment or problems with excavation.)

“It’s no surprise to me this is what the data reveals,” Matt Caruso, the executive vice president at Construction and Realty Services Group, which provides design, inspection and consulting for general contractors, said via email. “Most people are not aware that [for] projects under 10 stories, the New York City building code doesn’t require any safety plans, no safety training for workers and the latest law only requires a part-time super that is obligated to be onsite daily to do one inspection and walk-through and write a daily log. I just don’t think that is good enough.

“Safety training for every worker must be a prerequisite. Safety oversight must be mandated for every project and safety planning should be a part of the permit process.”

The superintendent’s role is not supposed to include managing the productivity of the site, according to DOB regulations; however, the city’s codes do not prohibit employers from hiring them for management roles—and many do.

“I have been the super at many smaller jobs,” said Paul Charlton, a licensed construction superintendent and construction manager at L. Riso & Sons, a general contractor. “It’s difficult because you have to be the head cook and bottle washer. You have to watch the guy on the scaffold, you have to fill out the paperwork, you have to do the scheduling, do the ordering from vendors. [Meanwhile,] at a larger building…you have a site safety coordinator, where that one guy’s sole job is safety.”

This is despite the fact that DOB recently mandated supers to report all accidents or face penalties of up to $25,000 with the hopes that it would discourage them from brushing those accidents off.

“We won’t tolerate contractors who recklessly cut corners increasing risks at construction sites,” according to a statement provided by the DOB spokesman.

Since taller buildings are more difficult to construct than their shorter brethren and by their nature cost more money, construction managers are more meticulous about their safety responsibilities, including having safety directors and multiple safety programs, something the smaller contractors can’t easily afford. And it’s typically the top construction management companies like Tishman Construction, Lendlease, Gilbane Building Company, Turner Construction and Plaza Construction, which tend to get the taller structure jobs.

At Gilbane, for example, no matter the size of the project, it requires all workers to go through 30 hours of construction safety training from OSHA. And all subcontractors on Gilbane’s projects are required to have full-time safety personnel onsite.

“We have a very stringent process in place for managing anything,” said Marianne Santarelli, the safety director at Gilbane. “If you get a scratch, maybe you [only] got a scratch this time. We look at every single incident on the site.”

The demarcation of 10 stories was chosen because there are far too many minor buildings under that threshold for the DOB to have the capacity to handle, and it would be too onerous for smaller companies, said a former unit chief at the DOB, who spoke on condition of anonymity.

They would have to draft safety plans and hire site coordinators and a safety manager on top of other managers to handle workflow, plus there would be more reports of problems to DOB.

“It is a financial burden, so I think that was some consideration. The line had to be drawn in the sand somewhere,” the source said. “Also, looking at the numbers, the [DOB] only has so much staff.”

To address construction safety in the city, the City Council is set to introduce a package of 18 bills called the Construction Safety Act this week. One of those bills is expected to help ensure the construction sites of shorter buildings are safer, by requiring them to have site safety plans.

“New York City is in the midst of a construction boom, which has generated thousands of jobs and millions in new revenue,” Council Minority Leader Steven Matteo said in a press release. “But we must ensure our building industry has the tools it needs to work safely and efficiently and balance that with appropriate supervision.”

One of the bills apparently highlights the idea of mandatory apprenticeship for projects in buildings in excess of 10 stories. This is meant to have a greater number of younger and less experienced workers trained properly, thereby creating more safety.

“Listen, I believe that the best outcome would be to have apprentice standards on all buildings,” Gary LaBarbera, the president of the Building and Construction Trades Council of Greater New York who supports the bill, said when asked about why buildings under 10 stories were excluded. “[But] one of the realities is we have to get a bill that we believe we can actually pass. The one thing the bill does address is even on buildings that are not required to have the apprentice training on it, clearly there has to be training that is commensurate with apprentice training.”

However, some argue that this would take jobs away from many workers, since the unions have basically all the state-accredited apprenticeship programs, and many companies are using nonunion workers. Furthermore, since the bill wouldn’t actually acknowledge the shorter buildings, which have been more dangerous, it doesn’t make much sense in their eyes.

“We need to make construction safe. Mandating apprenticeship programs does not do that,” said Brian Sampson, the president of the Associated Builders and Contractors, a trade group that represents many nonunion contractors. “What we should be talking about is taking those same requirements and putting them for buildings under 10 stories.”

So in order to alleviate more fatalities in the industry, the solution will have to come from a shift in thinking about safety, said Bill Gilbane III, a senior vice president and a managing director at Gilbane Building Company.

“We believe that safety is a culture thing,” Gilbane said. “What I mean by that is if you are on a job site and you see someone doing something that could hurt themselves, you stop them—and you are rewarded. Someone’s life is more important than a construction schedule.”