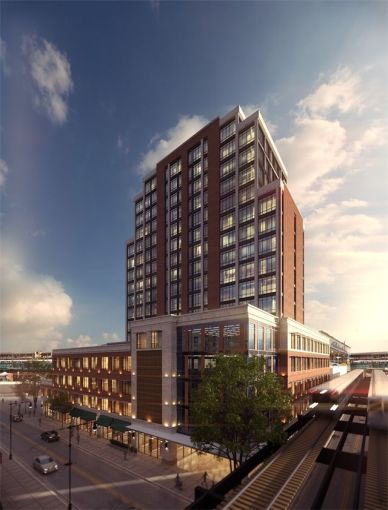 Queens-based developers AB Capstone and Bronstein Properties are selling a vacant site—with approved development plans in place—in the Ridgewood section of the borough for $34.9 million, Commercial Observer has learned.

In December 2015, the New York City Department of Buildings issued permits for the construction at the site, which is between Woodbine and Palmetto Streets. They include the now-defunct 421a tax abatement the developers started on the foundation before the tax program expired on Jan. 15, 2016. All of the units will be rent stabilized in accordance with the tax break.

“There are not a lot of development [sites] that are shovel-ready that have 421a in place and Ridgewood has come into its own,” said C&W’s Thomas Donovan, who is marketing the property with Tommy Lin, Eugene Kim and Robert Rappa. “It’s far sexier than it was when they assembled the site.”

The owners want to sell the site because of the up market.

“I think they looked at that and said there is an opportunity here to offer it to the market and sell it to someone who sees their vision,” Donovan said.

As drawn up by Jarmel Kizel Architects and Engineers, AB Capstone and Bronstein Properties’ plans call for 39 studios, 51 one-bedroom, 27 two-bedroom and 12 three-bedroom apartments, as well as 350 onsite parking spots, and more than 86,000 square feet of retail, office and community uses.

Planned apartments average 700 square feet and will rent $3,000 per month, Donovan said. Existing two-bedroom apartments in Ridgewood are asking about $2,300 a month on average, according to MNS Real Estate’s December 2016 rental market report.

And the average monthly rent prices for units in new buildings in nearby Williamsburg start at more than $4,000 per month.

“There is a big disparity in price and this is only 10 to 15 minutes more on the train [to Manhattan],” Donovan said. “So Ridgewood is seen as a relatively affordable alternative with a lot of growth potential.”

As Brooklyn’s Williamsburg and Bushwick have seen a boom in developments, investors are now starting to cross the Queens border into the residential and industrial neighborhood of Ridgewood.

Projects close to 336-350 St. Nicholas Avenue under construction include a seven-story 90-unit rental building at 16-14 Madison Street between Wyckoff and Myrtle Avenues; a five-story, 54-unit apartment building at 803-805 Wyckoff Avenue between Putnam Avenue and Cornelia Street; and an eight-story and eight-story building at 371 Stockholm Street between Seneca and Cypress Avenues, which will have 28 rental units.