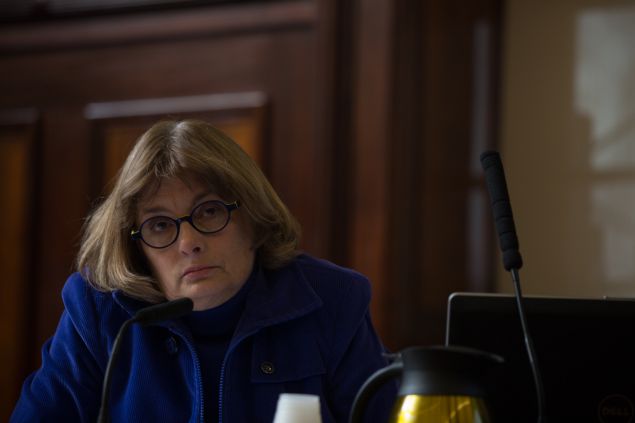 Mayor Bill de Blasio today announced a series of moves for key officials specializing in real estate and economic development as a result of the departure of New York City Department of Housing Preservation and Development Commissioner Vicki Been.

Maria Torres-Springer, the president and chief executive officer of the New York City Economic Development Corporation, will succeed Been as the commissioner of HPD, according to the mayor’s office. Her job leading the quasi-governmental EDC in turn will be filled by James Patchett, currently the chief of staff for Deputy Mayor Alicia Glen.

Been, who is returning to teaching at New York University and serve as faculty director for the school’s Furman Center for Real Estate and Urban Policy think tank, is the second key official behind hizzoner’s housing plan to leave the administration in the last few weeks. Carl Weisbrod, the director of the New York City Department of City Planning and chairman of the City Planning Commission, announced in early January that he’d step down from his positions to chair the Trust for Governors Island.

“With her signature brand of grit and grace, Vicki created and implemented our ambitious affordable housing plan,” de Blasio said in a press release. “She is a brilliant public servant and law professor, and her students are lucky to have her back.”

Torres-Springer and Patchett are expected to assume their new positions on Feb. 6, according the mayor’s office. The new HPD commissioner previously served as the commissioner of the New York City Department of Small Business Services before taking over the EDC in June 2015.

The de Blasio administration last week announced that 41,600 units have been preserved and another 20,800 new apartments created since 2014, hitting a 25-year high for the city. But roughly 5,000 of those preserved apartments came from a 2015 agreement between the city and Blackstone Group to keep them below market rate at the Stuyvesant Town-Peter Cooper Village on Manhattan’s East Side.

Been also played a key role in the creation of two citywide rezonings intended to spur the development of low-income and middle-class housing. Zoning for Quality Assurance and Mandatory Inclusionary Housing (MIH) were both passed by the City Council last year. The latter policy allows developers to get more density on a project for dedicating a percentage of rental units below market rate. MIH ran into issues nearly immediately after the policy was adopted, with several council members opposing projects under the rezoning that they believed negatively impacted their districts.

“It has been an honor and privilege to lead HPD, and to be part of the mayor’s all-star housing team,” Been said in a statement. “We came in with a bold agenda to change the paradigm for how we grow as a city. We promised to produce and preserve more affordable housing than ever achieved, to reach New Yorkers at a broad range of incomes, and to work with communities to ensure neighborhoods are diverse, inclusive and rich in opportunity.”