The Plan: Under the Hood of NASCAR’s New Offices at 590 Madison Avenue 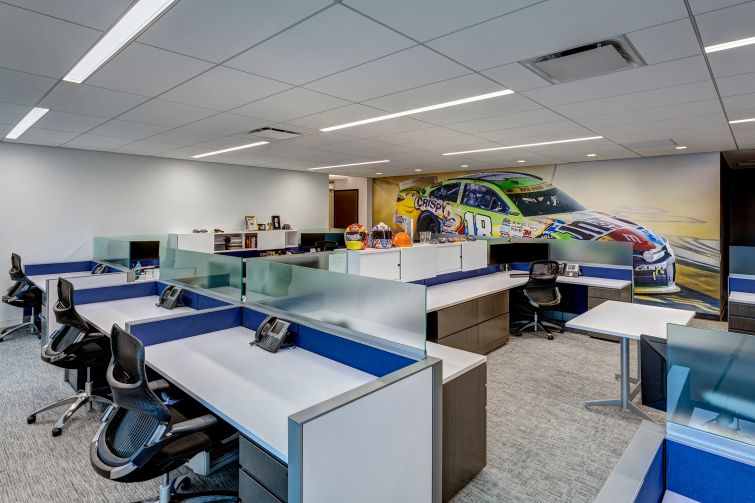 The office has about 16 work stations. Liam La Guerre 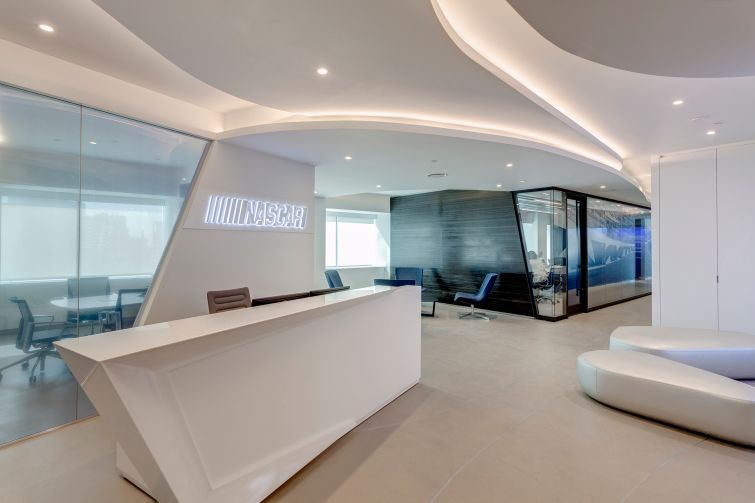 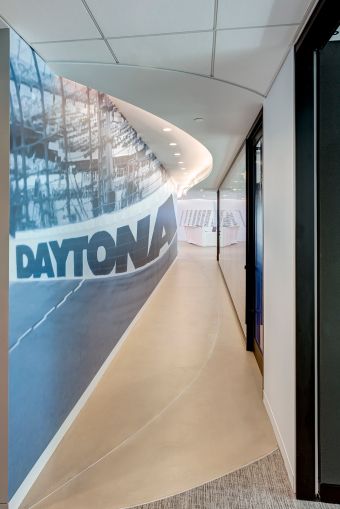 In the hallway, there is a photo of the Daytona International Speedway. Liam La Guerre 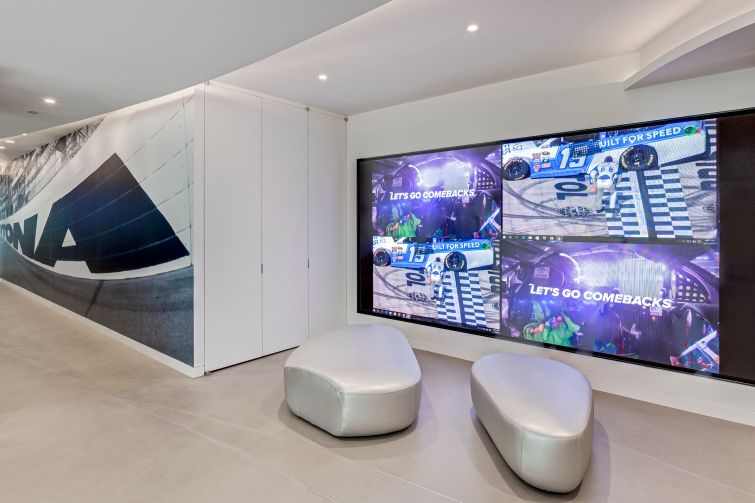 NASCAR has a nearly 10-foot wide video screen near the entrance to its office, which streams its races. Liam La Guerre 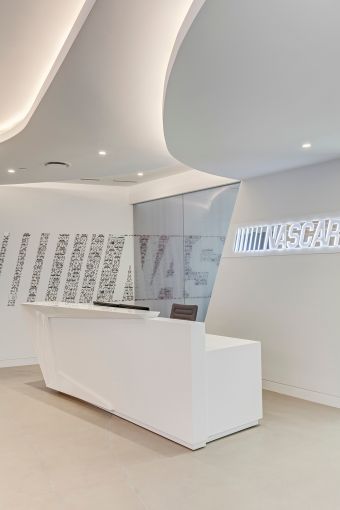 There is a big NASCAR logo made up of past NASCAR logos near the reception area. Liam La Guerre 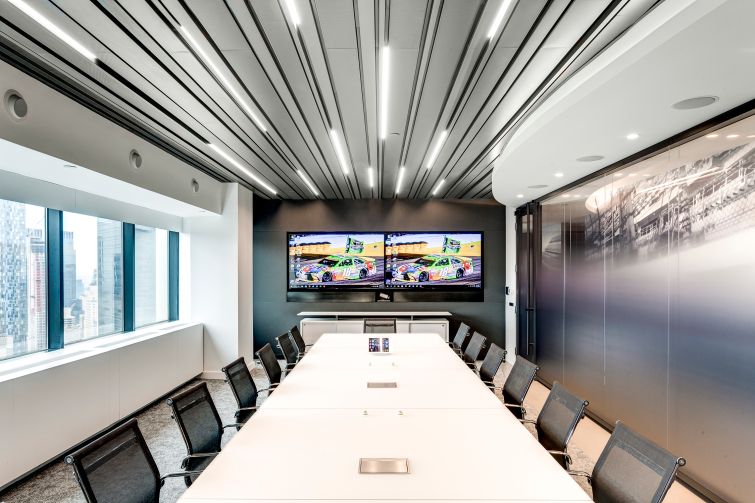 The largest conference room in the office, which sits 14. Liam La Guerre
Previous Next

When thinking of NASCAR, most people imagine tires, engines, helmets, racing jackets, motor oil and cars—lots and lots of cars.

But you won’t find those elements or greasy auto repair tools in its new office on the 40th floor of 590 Madison Avenue between East 56th and East 57th Streets. Instead, one will see an elegant, modern white-boxed space with a ton of glass walls and concrete floors. But why no automobile parts?

“It’s a little too predictable,” Michael Sinkew, a senior associate design director at architecture firm Ted Moudis Associates who oversaw the project, told Commercial Observer. “People expect that. That is like the easy answer. And sometimes it’s the right answer, but in this case, the idea was that we wanted to do something that was unexpected.”

The racing organization vroomed out of its location at 65 East 55th Street between Park and Madison Avenues and has been parked at 590 Madison Avenue via a 10-year deal since mid-2016. The asking rent was $150 per square foot. The office is mostly used for the marketing staff of the racing corporation, so keeping it gritty like a car garage may not have worked for clients either.

The 14,700-square-foot space, which is in a narrow part of the floor, is designed with offices on both sides and common spaces in the middle. There are 16 workspaces, four of which include open plan desks, and nine private glassed offices. Additionally, there are three conference rooms and a smaller “huddle” room. The biggest conference room in the office can support 14 seats at the table. The executives’ offices feature views of Central Park.

While there aren’t cars or helmets scattered about, NASCAR’s six-month-old digs incorporate many auto elements. On a wall near the reception area there is a giant logo made up of tiny former logos NASCAR has used over its nearly 70-year history. And two video screens near the entrance of the office—one approximately 10 feet wide and another that is three feet wide—stream NASCAR races and other related content.

“One of the very important features that was relayed to us is while they were proud of their history they didn’t want the office to become a museum,” Sinkew said. “It was really our goal to make it a lot more sophisticated than just seeing race car parts all over the place.”

In a hallway in the office there is also a black and white photo of the recently renovated Daytona International Speedway in Daytona Beach, Fla, where NASCAR hosts its premier race, the Daytona 500. The photo highlights the 31-degree sloped turns on the track, which is enhanced by a curving pattern on the ceiling and floor.

And the polished concrete floor has a tan tint that resembles sand. While one would think it is a nod to NASCAR’s headquarters and hometown of Daytona Beach, it was a mishap. But this is NASCAR—so accidents are bound to happen.

“It wasn’t intended to be that literal, but it was a nice little accident,” Sinkew said.