The Plan: Inside the Transformation of The Bruckner Building in the Bronx 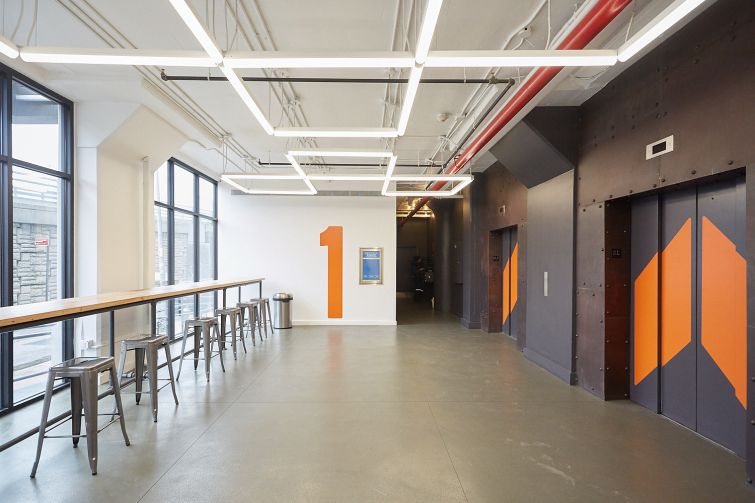 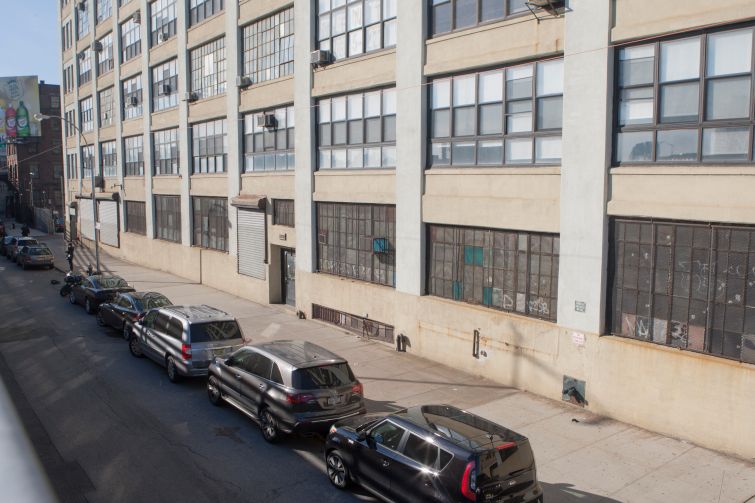 To compare, the old façade of the building was washed out and crumbling apart. Photo: Savanna. Liam La Guerre 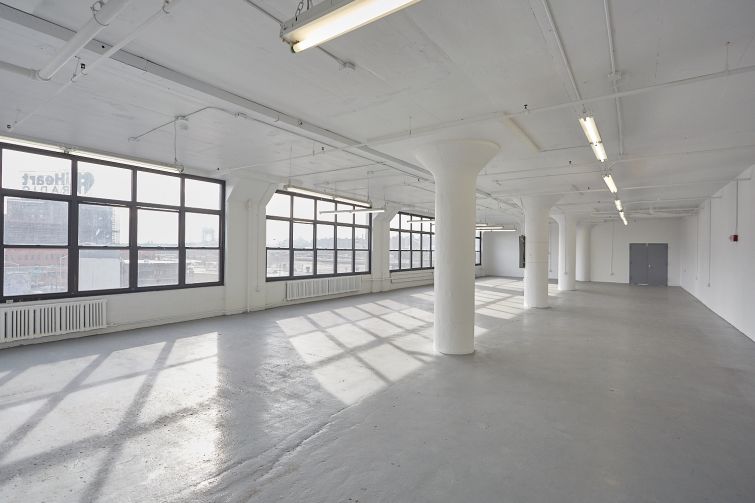 A renovated space on the 4th floor of The Bruckner Building. Photo: Harry Zernike/ for Commercial Observer. Liam La Guerre 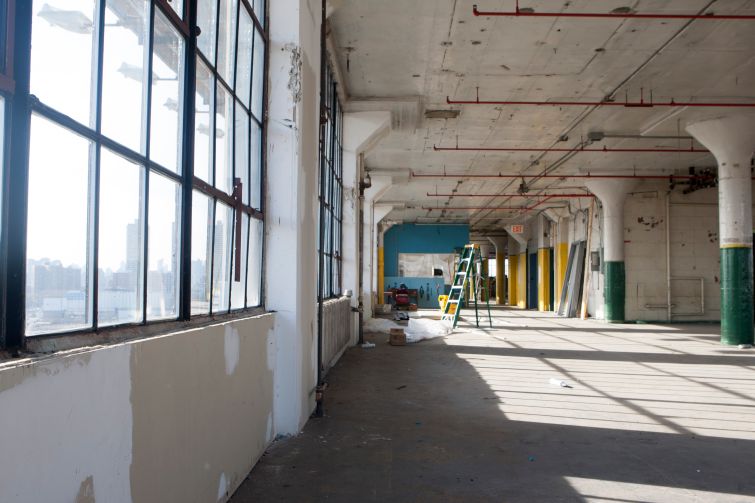 A before picture of a space in the building. Photo: Savanna. Liam La Guerre 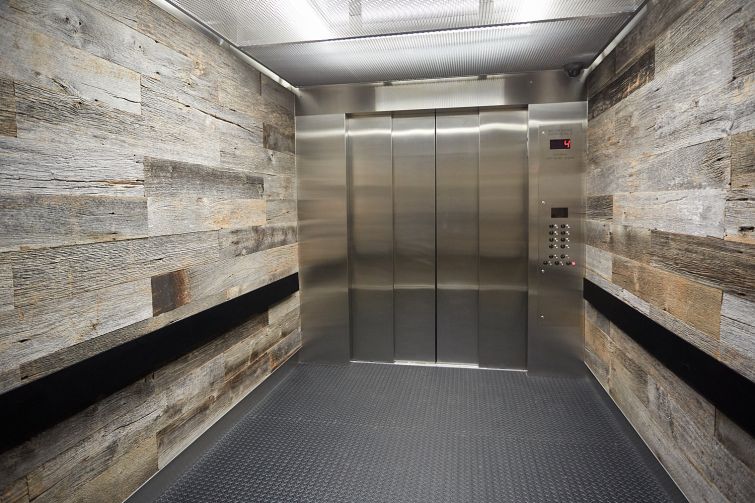 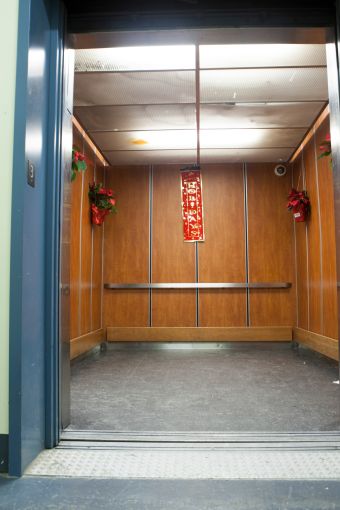 A photo of the old elevator design in the building. Photo: Savanna. Liam La Guerre 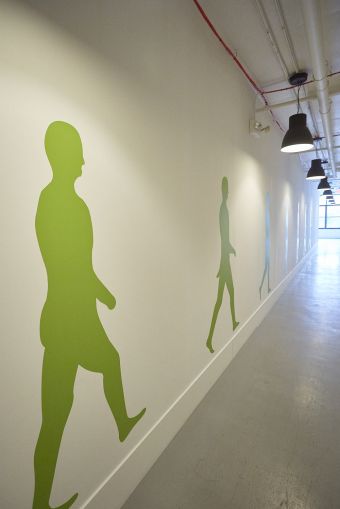 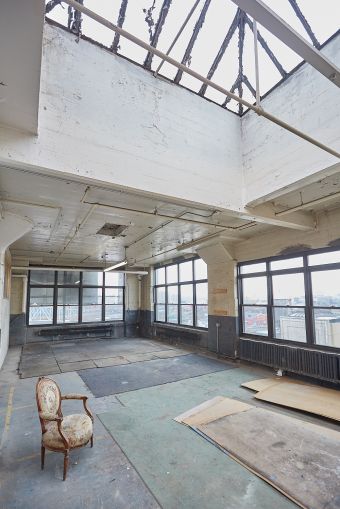 A skylit space on the 8th floor of The Bruckner Building. Photo: Harry Zernike/ for Commercial Observer. Liam La Guerre
Previous Next

When developers Savanna and Hornig Capital Partners first looked at The Bruckner Building at 2417 Third Avenue in the Mott Haven section of the Bronx a few years ago, they saw a crumbling manufacturing building.

One of two passenger elevators was in disrepair, the roof was saturated and had to be replaced, windows were caving in, and the white façade was dirty and yellowish in color with chunks rotting away. To top it off, the 172,000-square-foot building had no lobby—or a real entrance for that matter. Still the partners purchased the building on the corner of Third Avenue and East 134th Street for $30.5 million in March 2015.

“There was no front door—there was a tiny door on the side street,” Thomas Farrell, a managing director at Savanna, explained to Commercial Observer during a tour of the eight-story building. “We had a lot of problems to clean up when we took over the building, but it had great bones. We were willing to roll up our sleeves and deal with those problems, because we saw the potential.”

Following a $12 million renovation project that started in summer 2015 and ended in fall 2016, the building now features modern office space. It has a brand new roof and electrical infrastructure, new windows, new passenger elevators with wooden siding and a fresh exterior. Every floor—except for the seventh—has an 800-square-foot common lounge with tables and chairs.

The new lobby has walls of glass and seating, and the entrance is clearly identified with a building canopy and a handicap-accessible ramp. In addition, each of the nearly 12-foot-high floors in the former manufacturing building has a different color scheme. One has orange numbers and arrows on the elevators, and another has lime green, for example.

“We wanted something that unified the tenants, so that’s where the graphics come in with the [colored] arrows and the numbers,” said Chris Fogarty, a co-founder of Fogarty Finger which designed the renovation. “The nice thing about the lobby is we have this seating area. Now you might linger and grab some coffee on the way in and see someone and just chat [in the lobby].”

Brokers from Cushman & Wakefield and JRT Realty Group are working together to market up to approximately 100,000 square feet of office space. (The building still has existing tenants from before the sale.) The asking rent for offices is in the $30s per square foot, Farrell said. C&W and JRT are targeting artists, galleries and nonprofit groups—particularly ones fleeing Manhattan due to its high prices. The building can accommodate companies requiring 1,000 square feet to ones that need up to 60,000 square feet of contiguous space. There are also 20 parking spots being leased for $150 per month.

While the office section of the building is complete the project still has another phase—18,000 square feet of retail at the base. The developers are carving out retail space for an artisanal coffee shop, and possibly a beer garden, an event space and food-production tenants.

“It’ll be true retail for the [South Bronx],” a neighborhood seeing an influx of residential and commercial development, Farrell said.