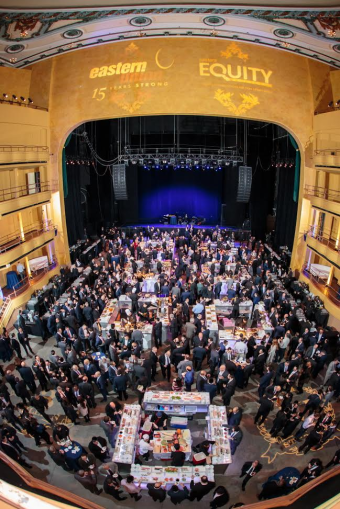 Eastern Union Funding wrapped up the stellar year with a 2017 kick-off and 15th anniversary party, celebrating with over 1,500 guests at the Manhattan Center on January 5, 2017. Click here to view photos of the event.

Eastern Union Funding ended 2016 on a high note, with $3.5 billion in financing closed, a nearly 20% increase over 2015. December was a particular standout, with over $500 million closed. Overall, half of our yearly volume was in refinancing, more than a third was in acquisition financing, and we saw a significant increase in loans over $25 million. In 2017, we foresee a particular opportunity for new lenders to come into the market and fill the financing gap, especially with billions in real estate debt set to expire and continued investment interest in U.S. real estate. As investors continue to get priced out of primary markets, we expect a more aggressive push into secondary and tertiary cities. The Mortgage Bankers Association survey points to strong appetites from a majority of lenders, borrowers, and originators.