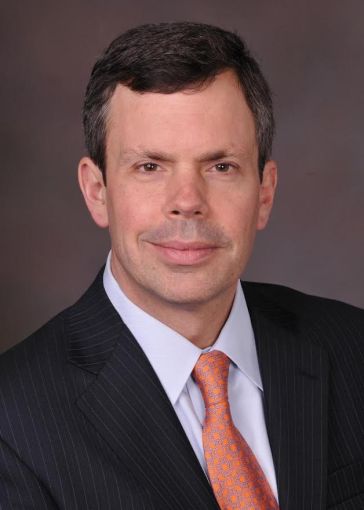 Over the last few years, construction cranes have become a seemingly permanent feature of the New York City skyline. They have sprouted in places like Long Island City and Williamsburg as well as in Midtown and Hudson Yards. And because people want to live in the City in ever-increasing numbers, a large portion of these developments are residential projects.

But at this point in the cycle, the sheer number of cranes is responsible for the softening we’re seeing in the residential markets, a point I made recently during November’s Commercial Observer event, “Financing Commercial Real Estate: Accessing Capital in a Changing World.” With so many units in the pipeline, owners of rental properties are more likely to offer free rent and other incentives, while condominium developers, especially on the high end, are more willing to negotiate.

But despite these concessions, not everyone can afford to live in the City—and that is why we are seeing more residential development on commuter lines stretching away from Manhattan, in Long Island, New Jersey, and Westchester. Transit-oriented development (TOD) along subway lines has long been the rule in Brooklyn and Queens. Now it is driving growth in the suburbs.

Generally speaking, TOD makes sense around train stations that are up to an hour’s commute from Manhattan, though there will always be people willing to trade longer commute times for less expensive housing. But even within that one-hour radius, not every commuter station is ideal for TOD. There should be a baseline of amenities—retail, restaurants, dry cleaners, parks, and parking—that will attract residential customers. Tax breaks for developers are another consideration. Many suburban communities see TOD as a way of turning around their downtown.

A $118.3 million construction loan that Capital One recently closed with a developer for its mixed-use project in Yonkers is a case in point. Less than a half hour from Grand Central Station on Metro North, Yonkers has invested heavily in cleaning up its waterfront area. It now has a walkable downtown, a growing number of restaurant and nightclubs, and an emerging arts and cultural scene.

This project, just one block from the train station, builds on this foundation. It is a 442-unit project across from a newly uncovered portion of the Saw Mill River. One of the things we like about the project is an amenity package designed to attract commuters, with its concierge services, fitness center, and ample garage.

We also see TOD as an excellent solution for affordable housing. Affordable housing near train stations is especially valuable because it can significantly reduce transportation expenses for low-income families. Wyandanch, a suburb an hour from Penn Station on the Long Island Railroad, was for years ranked by the Suffolk County Planning Department as the most economically distressed community on Long Island. With local leaders, government officials, and developers on board, the community launched Wyandanch Rising, an initiative to create a vibrant, high-density downtown in an area that had been dominated by strip malls and auto-repair shops. In addition to apartments, the plan calls for offices and stores as well as a new park, new sidewalks and street lighting, a larger train station, and a parking garage for commuters.

Capital One was proud to contribute to this process. Our Community Finance team, led by Laura Bailey, worked with the Albanese Organization to develop Wyandanch Village, a 177-unit apartment community including 91 units of affordable housing. As in Yonkers, mixed-use is an essential element in this approach to TOD. The five-story building has 17,000 square feet of street-level retail. Albanese decided that none of the 15 commercial spaces would be more than 5,000 square feet, a decision meant to encourage local retailers.

Underwriting a mixed-use project of this kind is admittedly complex, but it can be done. Capital One provided more than $50 million for construction, including a $14 million loan and a $33 million equity investment. The project has been a success. Eighty-five percent of the apartments—both market-rate and affordable—were leased before the first phase of the community opened in 2015.

The L and the Second Avenue

Of course, the weakness of TOD is the persistence of the transportation link, as residents and developers in Williamsburg are finding out. To repair damage to the Canarsie tunnel caused by Hurricane Sandy, the MTA decided to close the L line between Manhattan and Brooklyn for 18 months starting in January 2019. This means developers can expect buildings opening during that period to have a slow start. FiveThirtyEight projects that rents could drop between $200 and $450 a month during the 18-month shutdown. Condo prices have already dropped according to the Real Estate Board of New York, although some of this drop can be attributed to an abundance of supply.

When we do our underwriting, we factor in scenarios like this—and our experience is that the kind of developers we like to work with can accommodate such fluctuations. In 2014, Capital One syndicated a $277 million construction loan for the final phase of 1.1 million square foot mixed-use project in Williamsburg along the East River. The closure of the tunnel doesn’t materially affect its expectations for the project.

The opening of the Second Avenue Subway, of course, represents the flip side of this situation. For years, Yorkville has been a no-go zone for development, but with opening of the subway projected optimistically for the end of 2016, residential prices have already risen, and developers are expressing interest. There are more than a dozen residential projects in development or under construction along the line between 96th and 59th Street.

The beauty of the New York market for lenders like Capital One who take a consistent approach to underwriting is that, in anything but the most extraordinary circumstances, there are always good sponsors with interesting projects in good locations, whether they are in Manhattan or in the suburbs. Right now, there is an excellent case for lending for transit-oriented development in the suburbs, but we also know that the softness we are seeing in Manhattan, Brooklyn, and Queens will only be temporary. As I mentioned earlier, people just want to live in New York City.