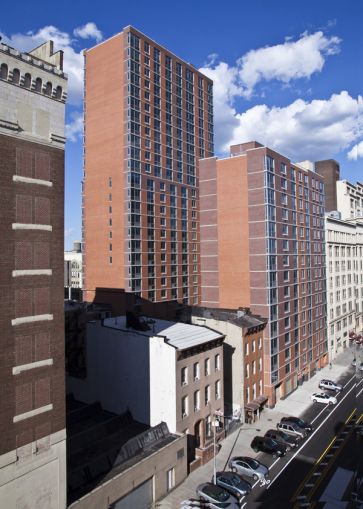 Multi-Employer Property Trust, an equity fund, has purchased a 271-unit, two-building structure in Downtown Brooklyn for $154.3 million from Chicago-based Waterton Associates, according to city records made public today.

The property, which is at 236 Livingston Street and also known as The Addison, is comprised of two residential towers that include 6,600 square feet of ground-floor retail and a 109-spot parking garage below grade.

“This acquisition aligns with the core strategy of MEPT, which is to invest in primary, knowledge-based markets throughout the U.S.,” David Antonelli of advisory firm Bentall Kennedy and who serves as the portfolio manager of MEPT, said in a Dec. 16 press release. The Bentall release didn’t include the price of the transaction, which closed on Dec. 15.

The two-building structure at 236 Livingston Street, which was constructed in 2011, has studios and one- and two-bedroom apartments, with an average monthly rent of $3,444, according to StreetEasy.