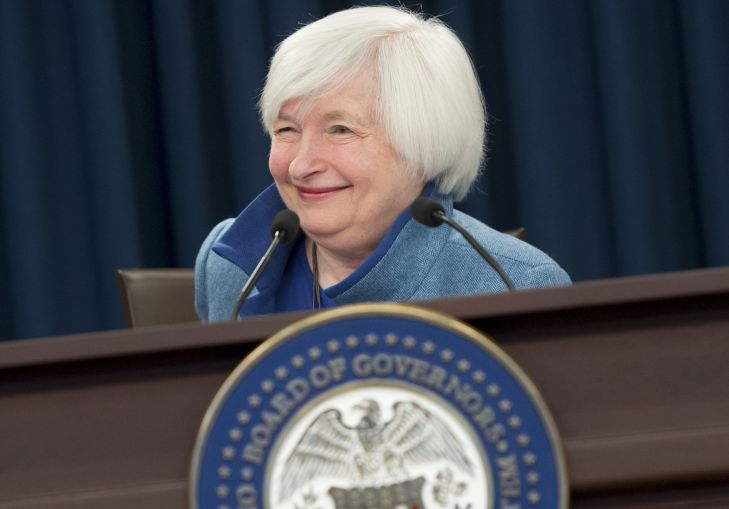 By the end of 2017, Fed fund rates are expected to hit 1.4 percent, Fed Chair Janet Yellen said in a press conference earlier today. That number should reach 2.9 percent by 2019.

While this year’s rate increase will undoubtedly affect borrowing costs, commercial real estate players saw the hike coming, and some say that the change was already baked into the market.

“The 10-year Treasury has run from 1.5 percent to 2.5 percent just in the last three weeks,” Ronald Dickerman, the president and founder of Madison International Realty, told Commercial Observer. “The fact of the matter is that if you’ve been quoting rates off the spread of treasuries, you’ve already been incurring the impact of the rate increase.”

Indeed, “since the election, the 20-year Treasury yields and swap rates have climbed by almost 65 basis points—increasing financing costs and likely implying an end to further cap rate compression,” according to research provided to CO by Heidi Learner, the chief economist at Savills Studley.

The impact will be felt more in the long term, according to Jamie Woodwell, the vice president of commercial real estate research at the Mortgage Bankers Association.

“The move has been so widely telegraphed and anticipated that it is not likely to have a significant short-term impact on borrowing rates,” he said in a statement. “The real news is in their expectations about how they will act in 2017. For commercial real estate, the increase is the latest signal that the ultra-low rates of 2016 are likely not the long-term norm, and that borrowers who have not locked-in long-term, fixed-rate financing will want to be vigilant about how both short- and long-term rates move going forward.”

Yellen said that the rate increase is indicative of a healthy labor market. More than 2.25 million jobs were created in the U.S. over the last 12 months, and that inflation is creeping closer to the Fed’s goal of 2 percent.

Spencer Levy, the head of research at CBRE, shared a similar sentiment. “U.S. CRE fundamentals remain healthy and investment into the sector continues to be strong. Rising interest rates don’t necessarily lead to rising cap rates, especially in the short term,” he said in prepared remarks. “Given that the U.S. remains a magnet for global capital, cross-border capital flows could offset some domestic softening in cap rates.”

Dickerman said that even anecdotally, foreign money is continuing to invest in the U.S.

“I was in Asia last week and what’s interesting is that Asian investors are sitting on the sidelines as it relates to Brexit in London and the U.K.,” he said. “Then, when the U.S. presidential election happened, people powered through and have been viewing it as more of a positive than anyone expected. And rates are a small part of the overall picture.”

Specific to the U.S. commercial real estate debt market, President-elect Trump has suggested overturning the Dodd-Frank Wall Street Reform and Consumer Protection Act—the law that brought about the most significant reforms to the financial services industry since the Great Depression.

“My sense is that this whole Trump sort-of-boom has brought the Fed the cover that they need to capture some rate increases,” he said. “Trump was unexpected, and there may be some positives for the economy, like lower taxes and deregulation. And maybe some of the things he’s talking about, like spending, will have a stimulative impact on the economy.”