The Plan: Inside Gensler’s New Offices at 1700 Broadway 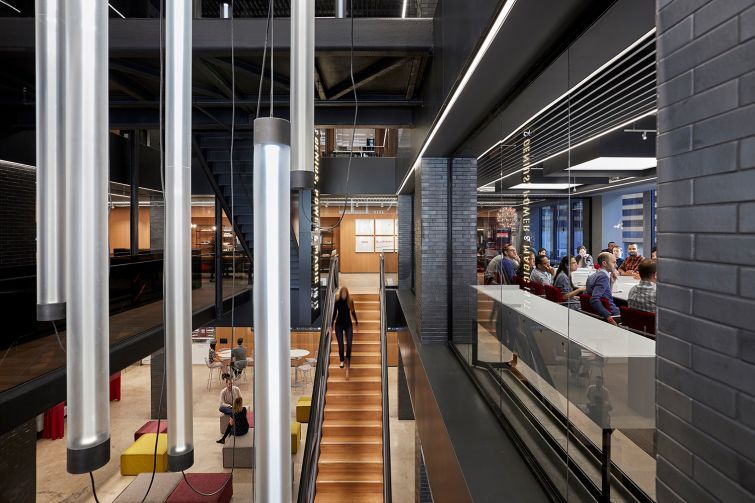 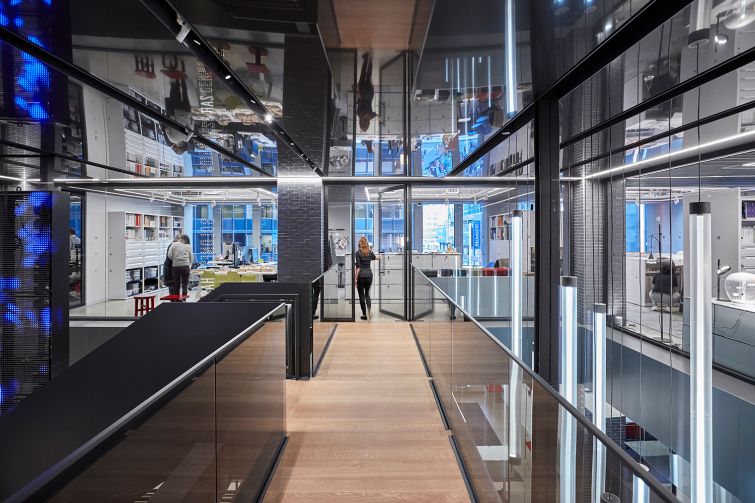 There are wood floors and mirrors incorporated in the office build-out. Photo: Gensler. 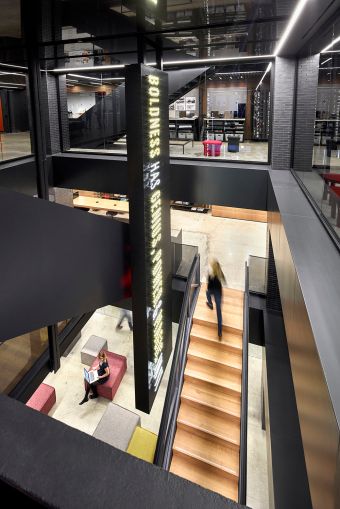 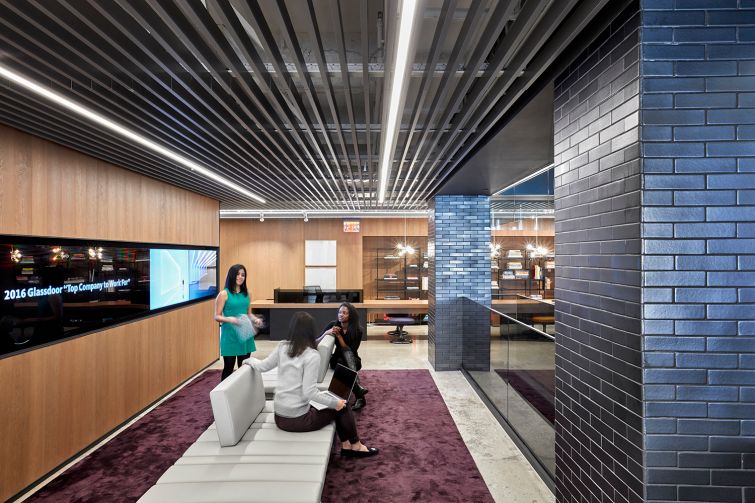 Carpeting and wooden panels on the walls with dark gray bricks are some featured materials in the office's design. Photo: Gensler. 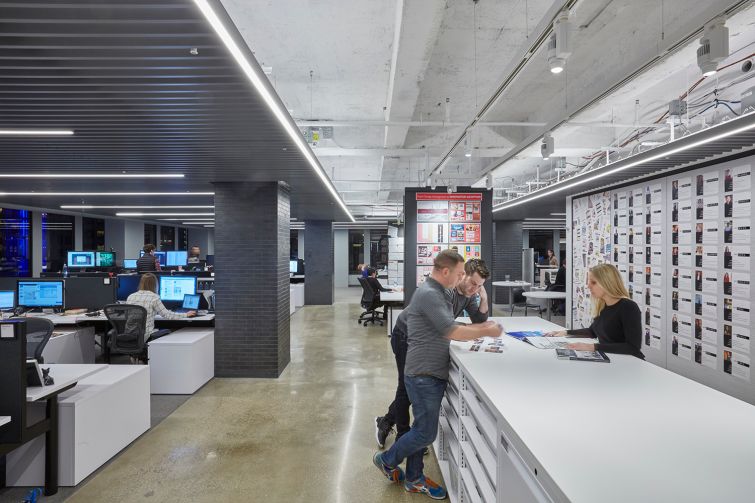 Unlike Gensler’s former New York City offices of 25 years at 1230 Avenue of the Americas, its new location at 1700 Broadway has less space on each floor. But the design firm seems surprisingly cool with that.

“We have the best of both worlds,” Rocco Giannetti, the managing director of Gensler’s New York office, told Commercial Observer. “I think the point is even though we didn’t densify—there are fewer people [on each floor]—it’s better balanced with community areas proximate to where people sit.”

And, heck, it’s not like they’re losing space. The company went from having about 114,000 square feet on just three floors, where it occupied two 32,000-square-foot floor plates and a 50,000-square-foot plate, to an almost evenly divided 120,000 square feet on the second through sixth floors of the building between West 53rd and West 54th Streets.

Gensler configured each floor to have more common spaces and designed enough room between each employee so that there was less noise distraction, which was more challenging when they had hundreds of people on one floor and less break-out space.

The design firm shifted more than 600 employees into its new digs on Oct. 3, after inking a deal last November. It’s new location can seat up to about 650, Giannetti said.

The new office includes an abundance of collaborative spaces, including conference rooms and meeting areas. There are also trendy amenities such as sit-stand desks, a bike room and work cafés on the third floor with diner-style booths and an additional cafe on the sixth floor. Gensler also crafted an interior center staircase that connects its various levels, which it hopes will promote “chance encounters,” Giannetti said.

The second floor has a digital theater, where teams can study renderings and other visuals, and fourth floor is the client destination area, where there is a 150-person conference room for events and strategy meetings. The fifth floor has a design center and reference library.

Gensler didn’t neglect energy efficiency in its new workspace. The lighting is automatically controlled through sensors, so it dims and turns off after hours. The sensors also collect data about the offices’ usage.

“The system also can tell us where people are and how they are using the space, what types are space are more utilized than others, and what floors are getting more foot traffic,” Giannetti said. “And that’s good to know to see how we [provide] future space. And its fine tuning data.”

Also don’t be shocked that Gensler didn’t make a modern white box-style space. Being that the new office is in the Theatre District, Gensler designed its space with a “backstage idea” in mind. There is a theme of dark gray brick walls and wood. There are polished concrete floors as well as wood floors and carpeting. The new office also features a 20-foot marquee hanging from the interconnecting staircase with exposed bulbs that projects a message, which the company changes daily.

“We had a different idea and attitude [from others],” Giannetti said. “The white box is kind of a default, and I think we wanted to have our own signature in our space.”