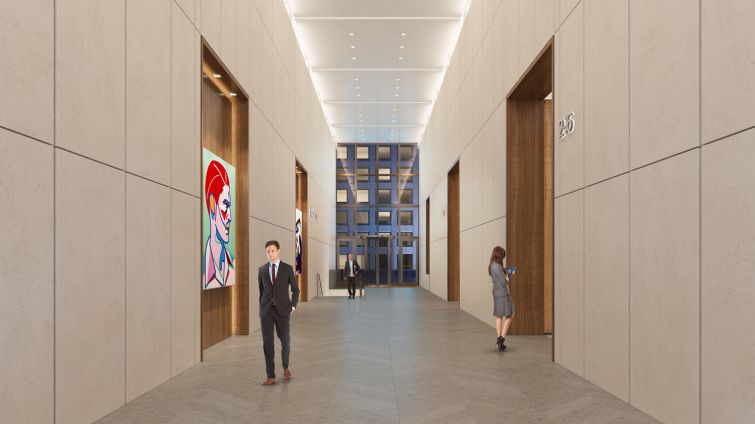 ICM Partners, a talent and literary agency, has inked a 35,284-square-foot lease at 65 East 55th Street between Park and Madison Avenues.

The firm will occupy a smaller, temporary space on the 15th and 16th floors of the 36-story building until its permanent office is completely set up, according to The New York Post which first reported the lease. It will relocate from the Crown Building at 730 Fifth Avenue. It wasn’t immediately clear how large the short-term space is, nor what floors ICM Partners will occupy in the long run.

Asking rent in the 15-year deal for the new space is $110 per square foot.

Equity Office bought the 615,000-square-foot building, also known as the Park Avenue Tower, over two years ago for $750 million. The landlord itself was bought by the Blackstone Group for $39 million in 2007.

Earlier this year, Commercial Observer reported that the building was undergoing upgrades that included a new lobby and an outdoor plaza. It was also in the process of setting up a 20,000-square-foot floor of amenities, including a gym and lounge area, on the lower level for its tenants.

Paul Hastings, a law firm, used to be the tower’s largest tenant before moving to the MetLife Building at 200 Park Avenue between East 44th and East 45th Streets this year. The vacancy freed up more than 30,000 square foot of space at Park Avenue Tower.