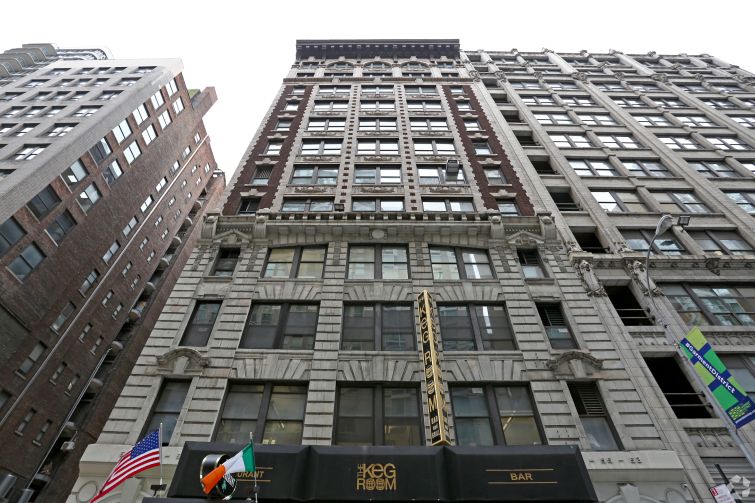 A group of investors has purchased a Garment District office building from Hidrock Realty for $54 million, according to public records. The deal for the 12-story building, which is at 53 West 36th Street between Fifth Avenue and Avenue of the Americas, closed on Oct. 27 and was recorded with the city yesterday.

The investor group is led by Fatollah “Effy” Hematian, the diamond ring designer behind Effy Jewelry, as The Real Deal reported at the end of August after the deal went into contract. J.P Morgan Chase originated a $27 million loan for the acquisition through its Commercial Term Lending platform. Given the sale price, the financing carries a 50 percent loan-to-value ratio.

“I think they wanted to realize the gain and their debt was maturing. They’d held it for 10 years,” Gold said.

Hidrock bought the 78,426-square-foot office property along with Assurant in May 2007 for $29.5 million, according to property records. They conducted a building-wide renovation, spending in excess of $5 million, Gold said. Current average office rents in the building are $45 per square foot, according to JLL marketing materials, with floor plates of 6,815 square feet.

The entire retail space—4,600 square feet at grade plus 2,800 square feet in the basement—is leased through 2032 to Irish-American sports bar, The Keg Room. The building is 98 or 99 percent occupied, Gold said, to “a true mix of tech, architectural firms and some true garmentos. And then you have some other smaller tenants.”

Hematian didn’t immediately respond to a request for comment.