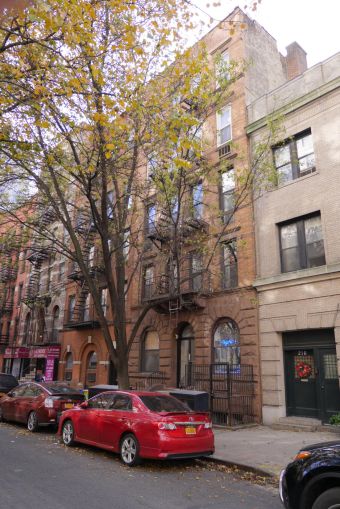 Montreal-based investment group Crest Realties has closed on a $17 million purchase of the apartment buildings at 218 and 223 East 74th Street from local investor Lucielle Boxhoorn, Commercial Observer has learned.

The properties include 31 apartments over 17,950 square feet, according to Marcus & Millichap’s Peter Von Der Ahe. The broker negotiated the deal for the seller alongside colleagues Joseph Koicim, David LLoyd and Danny Handweiler. The sale of the properties between Second and Third Avenues closed on Sept. 22.

“It was just one of those things. [Boxhoorn] owned it long enough and it was time for them to move on,” Von Der Ahe said.

Boxhoorn has owned the buildings for more than a decade according to city records. The buildings are comprised of mostly two-bedroom units and roughly 85 percent were free market apartments, Von Der Ahe said. The average rents in the buildings was $2,400 per month.

The Marcus & Millichap brokers procured Crest Realities, which is hoping to upgrade the buildings and raise rents.

“It’s the type of properties that someone looking to add value could come in,” Von Der Ahe said. “The buildings just needed upgrades.”

Crest Realties is not new to the Upper East Side. The company recently purchased a nine-story, 38-unit rental in Carnegie Hill at 118 East 93rd Street for $39 million in July, according to city records.