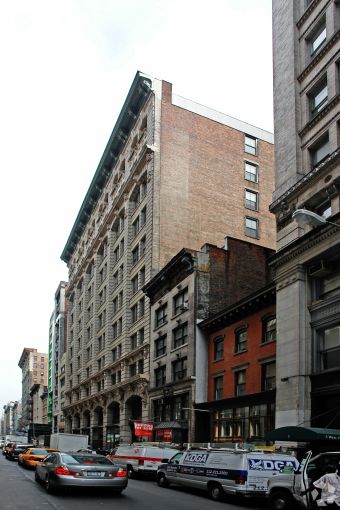 If you missed the pop-up Coffee Shop called Central Perk two years ago there’s something else that will keep the memory of the much-loved Friends series fresh. Williams-Sonoma has inked a 19,000-square-foot deal for its subsidiary Pottery Barn at 11 West 19th Street between Fifth Avenue and Avenue of the Americas.

The new furnishing store chain will occupy part of the ground-floor space in Savitt Partners’ 11-story building. Asking rent in the 12-year deal was in the $130- to $150-per-square-foot range, according to a press release from the landlord.

Lillian August, a high-end home decor store, currently occupies the space and will close after the holidays, according to The New York Post, which first reported news of the deal. It is closing its Flatiron District store to expand its operations in Connecticut, a spokeswoman for Lillian August told Commercial Observer.

Mark Finkelstein of Retail Strategies represented Williams-Sonoma while Bob Savitt and Brian Neugeboren represented the landlord in-house. Finkelstein did not immediately respond to a request for comment.

“The Williams Sonoma commitment is yet another example of the allure of 11 West 19th Street and the Flatiron District as the prime location for major retailers and businesses,” Savitt said in prepared remarks. “We are thrilled we were able to secure a long-term lease with a company of Williams-Sonoma’s blue-chip status.”

Pottery Barn will share the ground floor with Italian-Mediterranean eatery Zio Ristorante. Office tenants in the building include The Mergermarket Group  and Debtwire, both financial analysis firms.