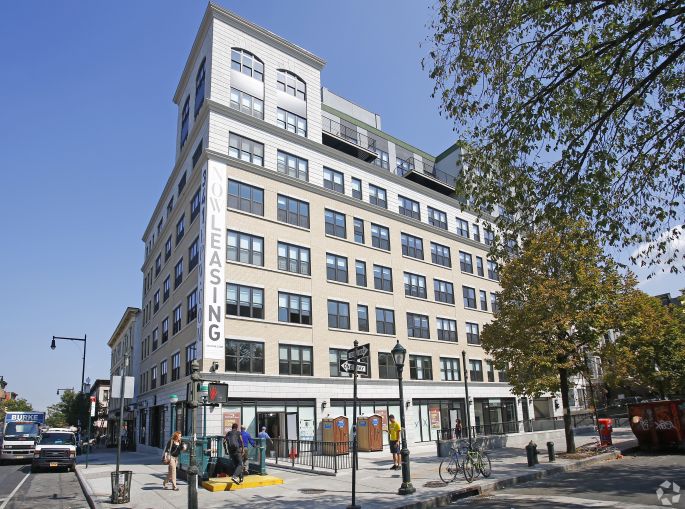 Pacolet Milliken Enterprises, a privately owned investment company controlled by the shareholders of textile and chemical giant Milliken & Company, has purchased 341 Eastern Parkway in the Crown Heights section of Brooklyn for $52 million, according to Eastern Consolidated. The deal closed on Oct. 6.

The seller of the eight-story, 63-unit residential rental building was Bluejay Management, which bought what was a vacant lot at the corner of Franklin Avenue in March 2012 for $8.3 million, property records indicate.

A new multi-family doorman building with landscaped roof deck, fitness center and lobby lounge rose at the site, and units were listed for rent in June 2014, Curbed reported at the time. The average asking rent for a studio at 341 Eastern Parkway is $2,196 per month, according to CoStar Group. The one-bedrooms have an average asking rent of $3,111 a month and the two-bedrooms are on the market with an average monthly asking price of $6,059 per foot. The ground-floor retail is leased to Capital One, Starbucks and Statcare Urgent Medical Care, Eastern Consolidated indicated.

“The buyer loved the location, calling it the Crown Jewel of Crown Heights,” Burk said in prepared remarks. “It’s truly the best building on the best corner in the neighborhood.”