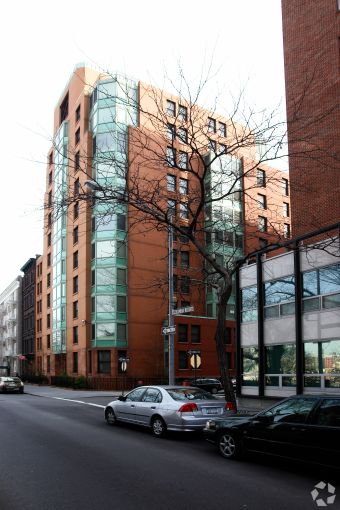 The Watch Tower Bible and Tract Society of Pennsylvania, the religious group’s governing arm, has listed one of its Brooklyn Heights residential holdings for sale as it enters the final phase of its move to the Hudson Valley. It’s one of the last pieces of a Brooklyn empire that at its peak was about 4.5 million square feet.

The 88,610-square-foot 97 Columbia Heights was listed on the organization’s website this week, and a Brooklyn-focused investment sales broker who spoke on the condition of anonymity said the property could sell for at least $60 million. Another real estate veteran who’s worked with the Witnesses on past transactions said the building could likely go for somewhere in the ballpark of $88 million.

Brooklyn mavens believe that, no matter the price, the residential building’s destiny has already been sealed: whoever buys it will turn the property into a condominium.

“It’s clearly ripe for condo conversion,” said Timothy King, the managing partner of Downtown Brooklyn-based CPEX Real Estate. “This is a once-in-every-three-generations trophy asset that just came to the market.”

Richard Devine, a spokesman for the Watch Tower Society, said the organization is marketing the property in-house and won’t be using an outside broker. He declined to say what the target price is for the 29-year-old building.

“We’re going to follow the same pattern as the past,” Devine said. “The market will just have to determine what the value is.”

The property between Orange and Cranberry Streets, a block away from Brooklyn Bridge Park, has 97 units, some of which have private terraces, according to the Watch Tower Society’s. Amenities already in place include a rooftop terrace and a parking garage with 30 spaces.

Sure, there’s the built-in perks and its location right by the park, but the fact that Watch Tower Society-owned properties are typically kept in immaculate condition makes them easy and inexpensive to repurpose.

“Buildings owned by the Watch Tower are known to be in pristine condition and this will add a tremendous amount of value as the renovation costs could be more contained,” Ofer Cohen, the founder of the Brooklyn-based brokerage TerraCRG, said in an email.

Cohen added that turning the 11-story building into condos makes the most economic sense.

“It is hard to find assets such as this one in this location and the best and highest use will be a condo conversion,” Cohen said. “While we believe bidders will include multifamily operators as well, with strong sellout numbers for large units in these neighborhoods, rental operators will have a hard time winning the bid here.”

The listing is part of a staggered plan by the Watch Tower Society to sell off its Brooklyn holdings as its headquarters in Warwick, N.Y. opens up. A CO analysis in September found that the organization has sold about $1.25 billion in assets between 2004 and earlier this year.

Many of those have been in Brooklyn Heights as well as Dumbo, the neighborhood immediately to its east. In 2013, Kushner Companies, LIVWRK and RFR Realty snagged a five-building portfolio in Dumbo, which the new owners have repurposed and leased to the likes of WeWork, Alexis Bittar and Frog. (Disclosure: Jared Kushner, the chief executive officer of Kushner Companies, is also the publisher of CO.)

This past August, the Watch Tower Society sold its headquarters at 25-30 Columbia Heights and 55 Furman Street to Kushner, LIVWRK and CIM Group for $340 million, as CO reported at the time.