Arby’s Nabs Second Manhattan Space, This One in Flatiron District 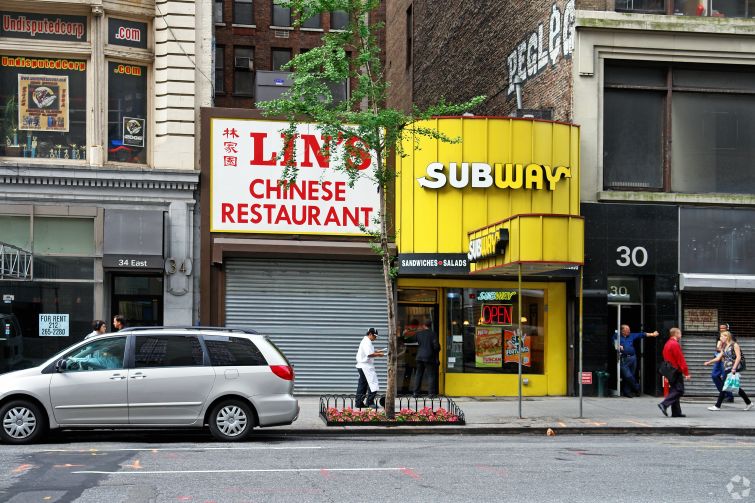 Quick-service sandwich giant Arby’s is saying, “We have the lease,” now that the sandwich chain has inked a deal for its second Manhattan outpost.

The new location, at 32 East 23rd Street between Park and Madison Avenues, will be the second Arby’s in Manhattan, as well as the second-only company-owned restaurant in New York City, according to a spokesman for the Atlanta-based company. (There are franchise locations in Queens and the Bronx.) Arby’s will start slicing up the meats at the Flatiron District store in early December, he said.

Harrison Abramowitz of Newmark Grubb Knight Frank said to do the deal he and NGKF’s Jason Pruger combined the spaces of two former tenants, Subway sandwich shop and Lin’s Chinese Restaurant, in the single-story 1938 structure to get 2,500 square feet at grade for Arby’s and 2,500 square feet in the basement for storage. NGKF is working on the Arby’s rollout in the Big Apple, which is primarily focused on Manhattan but also main corridors in the outer-boroughs.

While there’s no set number, Abramowitz said, “The goal would be about six units total at least in the next year or two.”

According to a source with knowledge of the deal, the new Arby’s lease is for 12 years and the asking rent was $250 per square foot. The NGKF brokers did the deal directly with the landlord, Solil Management.

“It’s a strong food corridor because of the dense office population in the immediate vicinity and in between two subway lines,” Abramowitz said. “Additionally the site has great traffic drivers: Eataly and Shake Shack.”

Arby’s opened a 1,970-square-foot eatery (with 1,000-square-foot basement) at 611 Eighth Avenue between West 39th and 40th Streets last December. That was the first one in Manhattan since the outpost in the Manhattan Mall food court closed, Arby’s spokesman said. The NGKF brokers negotiated that deal as well.

Why would Manhattan be a good market for Arby’s?

“We hear from guests and fans all the time who want us to expand in Manhattan,” the company spokesman emailed. “Because the Arby’s business is performing so well, we are able to grow into new areas like Manhattan where we know there’s great demand for the brand.”

The privately held company, founded in 1964, has had strong financials and has focused on remodeling its restaurants and tweaking the brand. As of the second quarter of the year, Arby’s, which has 3,300 restaurants worldwide, saw its 23rd consecutive rise in U.S. same-store sales, according to a company press release.

“They… are viewed as one of the strongest fast-food chains in America,” Abramowitz said. “Therefore a presence in Manhattan is a must from a national development perspective.”