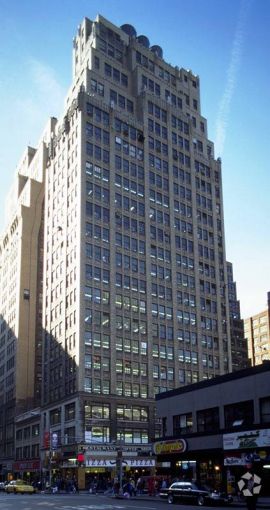 The kids are going to be alright.

The Council on Adoptable Children, a nonprofit that recruits parents who want to adopt children, has inked a 5,200-square-foot deal to move a floor lower at 589 Eighth Avenue between West 38th and West 39th Streets, Commercial Observer has learned.

The seven-year deal allows the organization, also branded as COAC, to move into upgraded offices on the 14th floor from its current digs on the 15th of the building, also known as Tower 39, according to a press release from Cushman & Wakefield, which represented the tenant. Asking rent in the deal was $49 per square foot, according to a C&W spokesman.

David Lebenstein, the co-head of C&W’s nonprofit division, said in the release that the organization was looking for new office space, but was concerned about the costs and disruptions associated with a big move.

“The solution proved to literally be ‘right under our noses’ due to a modern and renovated space becoming available on the floor below,” he said in prepared remarks. “We leveraged our longstanding relationship with the landlord to negotiate a new seven-year lease that would allow COAC to remain in its preferred destination for the foreseeable future.”

Lebenstein and colleague Matthew Fisher represented the tenant, while Alan Steinberg and Neil Joffee of Newmark Grubb Knight Frank represented the landlord, listed as Tower 39 Associates. An NGKF spokeswoman did not immediately return a request for comment.