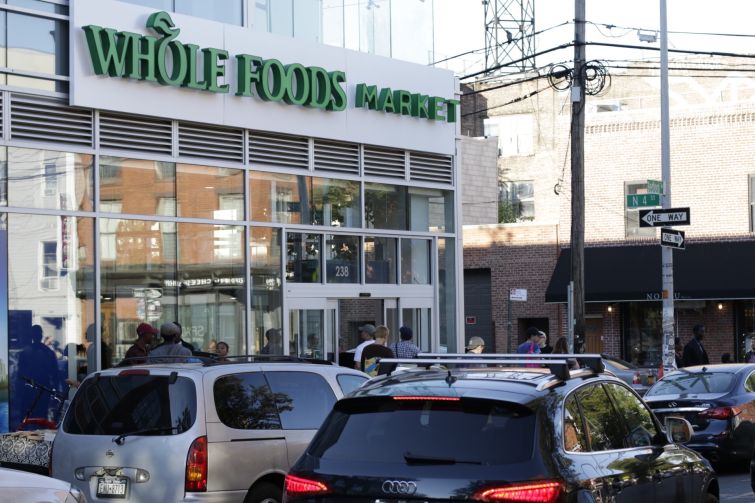 The Bedford Avenue retail corridor in Williamsburg is burning bright after the summer opening of Whole Foods Market and an Apple store, according to a new Real Estate Board of New York Brooklyn retail report provided first to Commercial Observer.

The shopping strip between Grand and North 12th Streets commanded an average asking ground-floor retail rent of $373 per square foot—the highest of the 15 retail corridors covered in the report, which spanned summer 2015 to summer 2016—marking a 7 percent increase from $347 per square foot last year.

“The high price has to do with heavy foot traffic,” said Peter Levitan, a senior managing director and principal at Lee & Associates NYC, who markets various retail properties in the neighborhood. “Williamsburg is probably the biggest tourist destination in Brooklyn.”

He added, “There are other parts of Brooklyn, very cool and even more reminiscent of their histories, but they just don’t have the same attraction that Williamsburg has.”

Thanks to the activity, landlords who had owner-operator businesses are closing up shop and jacking up rents.

“[Landlords] are like, ‘Oh my God, I can get $250 a foot? Okay I’ll move my business [to places like Bushwick],” said Peter Schubert, a partner at TerraCRG who is marketing property at 107 North 6th Street. “Demand is increasing because of the really high-quality tenants that are moving there. The supply side is because of increased pricing.”

As a result, nearby North 6th Street between Driggs and Kent Avenues, also saw a major jump in pricing over the year. Asking rents there surged 24 percent to $259 per square foot in summer 2016 from $208 per square foot, the report indicates.

Soon North 6th Street in Williamsburg will see a host of new high-end retail, including Canadian apparel brand Kit and Ace (which will have a speakeasy in the basement) and makeup stores Rituals Cosmetics at 117 North 6th Street and Credo Beauty at 99 North 6th Street.

Other parts of the neighborhood are showing growth, as well; Ralph Lauren’s RRL opened at 85 North 3rd Street and Umami Burger came to 158 North 4th Street last year. And Trader Joe’s is set to open in the future at 206 Kent Avenue.

The experts aren’t as worried about the Metropolitan Transportation Authority’s planned 18-month shutdown of the L train starting in 2019 as one might expect, since the population is growing and can make up for the number of day-trippers and tourists.

Besides retail, Williamsburg has seen a host of development that will bring more than 4,000 residential units within the next year and close to 1,000 new hotel rooms over the next couple of years, Levitan said, increasing the area’s population.

Brooklyn as a whole has seen positive demand for retail real estate, as asking rents increased in eight of 15 commercial strips surveyed in the report. Only four corridors saw rent decreases, and prices in the remaining three were flat. Meanwhile, only four commercial strips commanded rents above $150 per square foot—a far cry from Manhattan’s core areas. (The average asking rent is $405 per foot in Lower Manhattan, at the low end, and $2,980 a foot on upper Fifth Avenue, on the high end, according to Cushman & Wakefield’s mid-2016 report.)

“Not much has changed as far as new construction,” Fishbach said, pointing to the surge in residential development and office upgrades in the area. “Many national retailers are coming to Brooklyn, so it’s benefiting from the growth and development that’s taking place.”

“If I take that one space out, the decline is just 2 percent,” said Brian Klimas, a researcher at REBNY who compiled the report. “I don’t think it’s indicative of where the market is heading.”