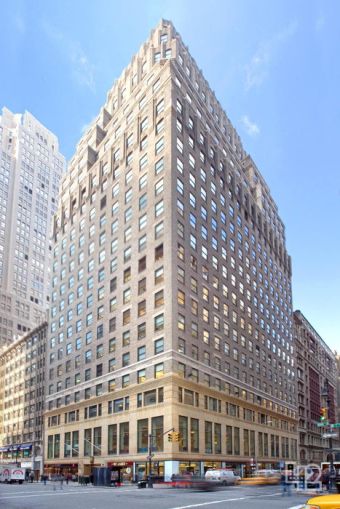 A French digital communications firm has finalized a sublease for its New York City offices at 530 Seventh Avenue in the Garment District, Commercial Observer has learned.

FRED & FARID will take 5,850 square feet on part of the 30th floor of the building between West 38th and West 39th Streets, according to a press release from the property’s landlord Savitt Partners, which also has a brokerage arm.

The deal, which closed early this month, is for three years, according to a spokeswoman for the firm. Asking rent in the deal was $70 per square foot.

FRED & FARID is named for its co-founders, Fred Raillard and Farid Mokart. Along with its upper-floor space at 530 Seventh Avenue, the company has an office in Shanghai and two outposts in Paris.

It’s taking the space from fashion firm Big Strike, according to the release. Brian Neugeboren and Nicole Goetz of Savitt Partners represented the sublandlord, while Corey Borg of Newmark Grubb Knight Frank represented FRED & FARID and declined to comment.

Concert promotion company Blackbird Production Partners also signed a 3,700-square-foot sublease with Maguire Capital, according to Savitt Partners. That transaction closed yesterday, according to representatives for the firm. Neugeboren and Goetz represented the subtenant in that deal, which is for part of the 440,000-square-foot building’s fifth floor. Asking rent in that three-year deal was $59 per square foot.