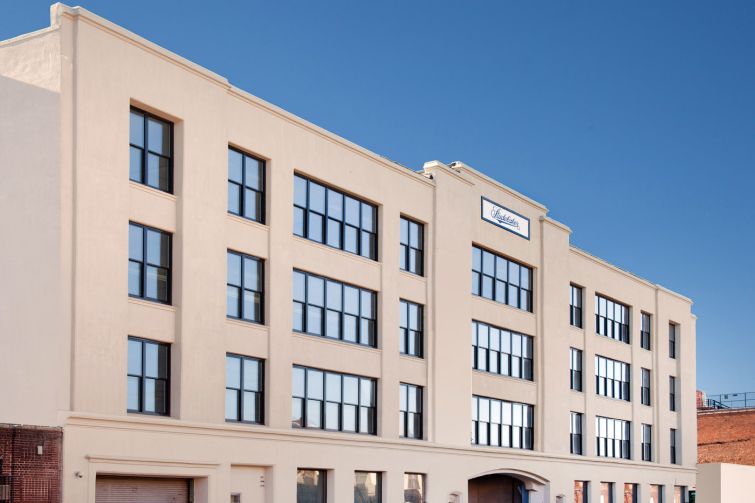 A+E Networks, known for cable channels A&E, History and Lifetime, has signed a 11,775-square-foot lease for offices and production space at 1000 Dean Street in the Crown Heights section of Brooklyn.

The broadcasting company has landed a portion of the ground and a part of the second floor of the building between Classon and Franklin Avenues, according to a news release from landlords BFC Partners and Brownstoner Development.

A+E is expected to open in early 2017. Asking rent in the 10-year transaction was in the $30s per square foot, according to a spokesman for the owners. A+E plans to launch its new digital content agency, 45th & Dean, at the new location, as Crain’s New York Business reported.

“Just as 45th and Dean will change the way we look at digital content, coming to Crown Heights will help us take a fresh approach to this creative space,” Sean Cohan, the president of international and digital media at A+E, said in a statement. “1000 Dean is the perfect home for our push to provide new content and tools to connect with diverse audiences worldwide.”

When the media company bows in its new Brooklyn digs, it will be one of the first broadcasting companies to have a location in Kings County. ( Vice Media, which has a news show on HBO and a channel called Viceland in partnership with A+E, recently moved its headquarters within Williamsburg to 285 Kent Avenue.)

“Bringing A+E to Crown Heights is a game-changer for growing Brooklyn’s economy and expanding the horizon for commercial office space,” Don Capoccia, a principal at BFC, said in prepared remarks. “With yet another high-profile tenant onboard, we’re proud that 1000 Dean has quickly become one of the city’s most vibrant creative hubs.”

An Ingram & Hebron team of Rob Hebron and Bosko Stankovic handled leasing negotiations for A+E, whose headquarters are in Midtown Manhattan at 235 East 45th Street between Seventh and Eighth Avenues.

A joint venture of BFC, Brownstoner and Goldman Sachs Urban Investment Group acquired the 150,000-square-foot former industrial building at 1000 Dean Street in April 2012 for $11 million, according to city records. The landlords then converted it to office space, which is now roughly 90 percent leased, according to a spokesman for BFC.

A+E won’t be the only film or media production tenant in the building, as it has become a magnet for those companies. Current film production tenants include Robotic Raptor, Soll Industries, Andrew Jive Productions and Pellicule Film.

“Our biggest category is film companies and photo. We thought it would have a whole bunch of food [tenants],” said Christopher Havens of Citi Habitats, who represents the building for the landlords. “It’s very synergistic for us.”