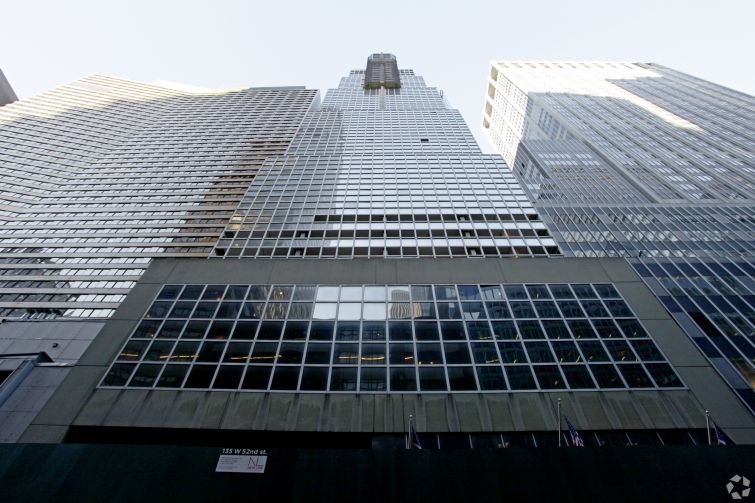 A construction worker fell 42 stories to his death this afternoon from 135 West 52nd Street, according to New York City Department of Buildings.

The New York Police Department and Fire Department of New York were called to the neighboring 1301 Avenue of the Americas, where the man landed, around 2:15 p.m., when first responders found the 52-year-old man unconscious with “trauma to the body,” an NYPD spokesman said.

The worker, whose identity is being withheld, was pronounced dead at the scene.

What type of work the man was performing or what cause the fatal tumble was not immediately clear. The New York City Department of Buildings is on the scene.

Update: This story was edited to indicate what building the worker fell from, which was 135 West 52nd Street. He landed near the adjacent 1301 Avenue of the Americas.