The Plan: Old Gowanus Warehouse Turns Into Gallery and Workspace 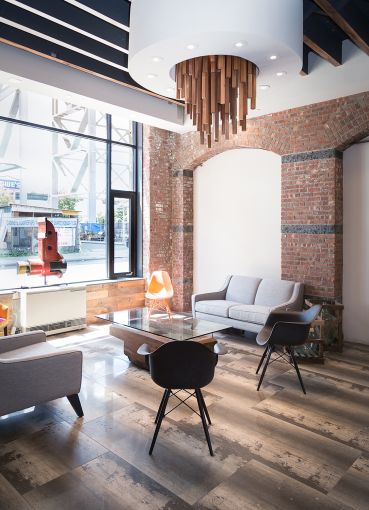 The common lounge for tenants of the GL&G at 61 9th Street in Gowanus (Photo: Kaitlyn Flannagan /for Observer). Liam La Guerre 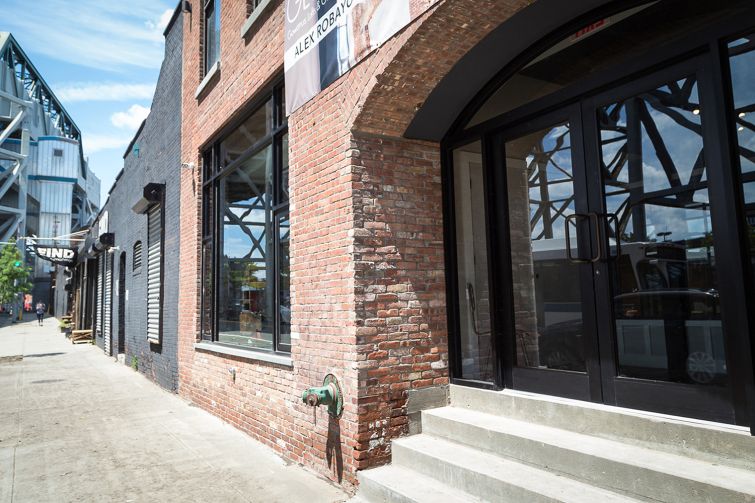 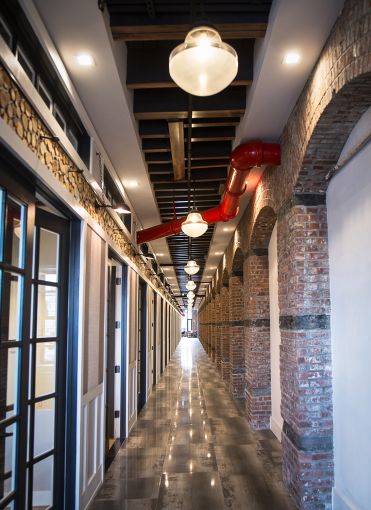 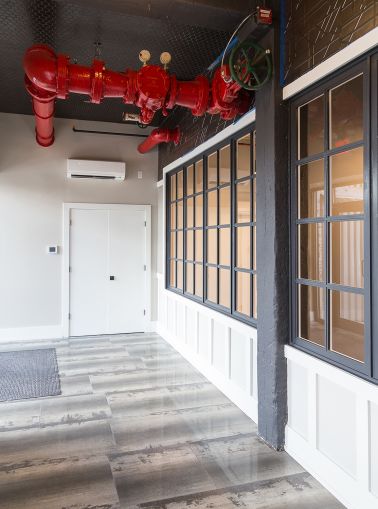 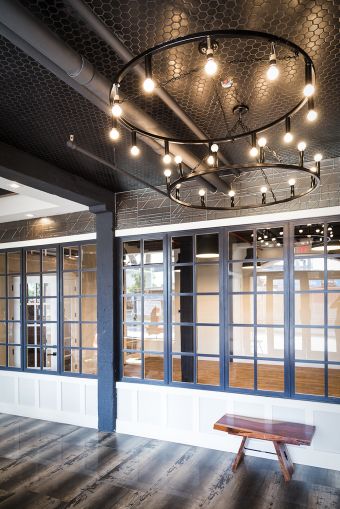 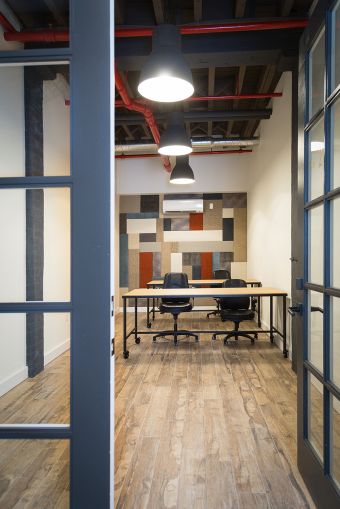 Designed to be an office and display space for pioneers of the art industry, the first level of the three-story building at 61 9th Street in Gowanus, Brooklyn, is a mix of traditional and modern architecture with some of the striking details that make Gowanus such an interesting neighborhood.

The 1850s structure—part of a complex of former industrial buildings—was originally a carriage house with a factory at the top. Later it became a single warehouse until just over a decade ago when it was converted to office space. Gowanus Holdings purchased the building in 2010 for $6 million, according to city records, and with a $700,000 renovation that ended in June, the landlord broke the 6,000-square-foot ground floor into 14 units, and rebranded that level into Gowanus Lofts & Galleries. Two of the spaces are corner units that are about 500 square feet or double the size of the remaining 12.

Architect Reziel Friedman, the founder of Kool Instincts, said that he wanted the space to foster a sense of community. French doors invite curiosity from neighboring units and encourage collaboration and offer a sense of privacy.

It currently has two tenants: Moving company Baha Mover and attorney Irina Olevsky have each already signed a lease for a unit. The remaining second and third floors of the building, which are not part of GL&G, are rented out to various painters, photographers and artists as well.

The design of GL&G has subtle touches that reflect the neighborhood and character of the building. A few panels in the lobby had tiles that have been designed to match the pattern of the above-ground subway that was right outside the building. The corridor that leads to the common bathroom has a parquet floor designed to look like a patch of the wooden floor that had been left untouched. A panel that extends right above each of the gallery units is made of slices of birch branches and the lamps that adorned the entire stretch of the corridor are replicas of circa 1800 lamps with a copper pipe finish.

“When I design a space, I spend a few weeks studying the neighborhood,” Friedman told Commercial Observer during a recent tour of the building.

One of the more striking features of the space is a corridor of exposed-brick arches, intercut with rare bluestone. Friedman said that the wall had been covered with layers of concrete and that it was a tedious process to clean the old brick. The empty white spaces between each brick arch will have abstract murals painted by Matthew Litwack, a neighborhood artist who has also designed murals for Apple.

The entire space, from concept to finish took a year and a half to be completed, Friedman said. An office in the premises can be rented for $1,350 a month, or roughly $64 per square foot. That price is relatively low (when compared with Manhattan), but a little more expensive than a typical Gowanus space, which rents for about $45 per square foot, according to Alex Robayo of Ideal Properties Group. Robayo is exclusively marketing the units and added that the price point is a little higher than for neighboring space because utilities and WiFi come included in the rent.