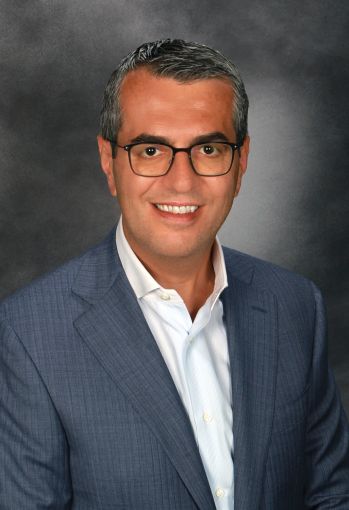 Robert Schwartz founded Spruce Capital Partners with Joshua Crane in 2007, and seven years later, the two partners launched S3 Capital, a bridge lending platform that specializes in providing debt to owners and developers across the five boroughs. Schwartz sat with Commercial Observer and talked about how the demand for alternative sources of capital has grown and why the industry has seen the penetration of predatory lenders.

Commercial Observer: Could you tell me a little bit about what Spruce Capital Partners focuses on?

Schwartz: We’d been investing together several years prior to [founding Spruce] and we saw opportunity in the market at that time to buy multifamily, townhouses and convert them to high-end, single-family homes. There was a big arbitrage in pricing from where those assets were trading to where their end values were as single-family homes. We sold them, and that market sort of traded away from us as the underlying assets got more expensive. Through that platform, we assembled a site on 78th Street that was three individual buildings, two smaller townhouses and one bigger townhouse that belonged to a not-for-profit on the Upper East Side. We ultimately bought those three parcels and two air rights parcels and developed a ground-up condominium at 151 East 78th Street that we sold down and delivered the units earlier this year. We bought multifamily assets and we have a large asset in Brooklyn, in Bushwick—we’re big believers in North Brooklyn.

Where is that property?

[At] 1209 DeKalb between Bushwick and Evergreen [Avenues]. [It’s a] great building, with 127 units. We bought that a number of years ago vacant. We’ve tenanted and stabilized it. We’re also in the process [of] building a ground-up hotel in Downtown Brooklyn with another group.

So how did you get into lending?

The Spruce Capital platform is really an equity investment and development business. Being active on the equity side, we realized there was an opportunity in the marketplace to get involved with other transactions where we couldn’t really be involved from an equity perspective, but we liked our risk-reward. We started providing bridge capital to investors and developers in and around New York City. It started with a few loans that we kind of did personally, and we continued to grow that business. Last July, we closed on a fund that gives us about $175 million worth of lending capacity. We’ve invested probably close to 70 percent of that fund already and will probably be fully invested by late summer, early fall. We’ll likely raise another vehicle at that point.

We do a lot of loans in the $2 million to $3 million [range] but we’re closing loans in the $10 million to $12 million range now. We closed a loan for $22 million a couple of months ago. We’re seeing opportunity on the larger loans as well to provide acquisition as well as construction financing, where a lot of the conventional lenders and banks have been slowing down a little bit as far as providing construction dollars. These are loans that are $40 [million], $50 [million] up to $100 million in size. We’re looking at a number of deals like that, and we will probably wind up closing on them very soon.

That’s a huge jump from your $2 million to $5 million average.

Then what’s your loan-to-value ratio?

I would say on a loan-to-value basis, which is really what we’re more focused on than cost, we’re probably 60, 65 percent. Loan-to-cost is not always the right metric because sometimes [the borrower] will recapitalize a deal that was bought years ago, so we’re always focused on value.

Being in the transitional space that S3 is in, we loan on value. We understand the intrinsic value of the asset whereas some of the conventional lenders can’t necessarily advance that sort of capital because they need cash flow. What’s interesting is that [when refinancing] our borrowers are getting are 70 to 80 percent higher than what our original loan balance was. Once these assets get stabilized there’s a really robust [takeout] market, especially with the multifamily assets that sponsors are creating using our capital and then taking us out with any number of local balance sheet lenders.

Do you see lending becoming a bigger and bigger part of your business as you move forward?

We think it’s definitely a growing business and it’s a business that we’re very committed to. We look at S3 as a part of the Spruce platform that will be here for the long term, and that’s really why we’re committed to building long-term relationships with borrowers. We’re not trying to be predatory—we like cultivating good relationships with good sponsors. We think there’s always going to be an opportunity in the marketplace for alternative capital. It’s just the nature of the beast.

You made mention of predatory lenders. Are you seeing more of those in the market nowadays?

There are people in the marketplace that are finding it difficult to put out equity and are therefore loaning money thinking that they’ll have an option on the underlying asset at a better value. That’s now how we look at this business. We look at it as a cash-flow vehicle and a return on capital. That said, of course we underwrite every single deal, and we have to comfortable that, if we had to take it back, we would be in a place where we preserve our position and value. But, we’re not going out with the goal of taking these assets. Our goal is to see them through the completion, earn our yields and do it over and over again.