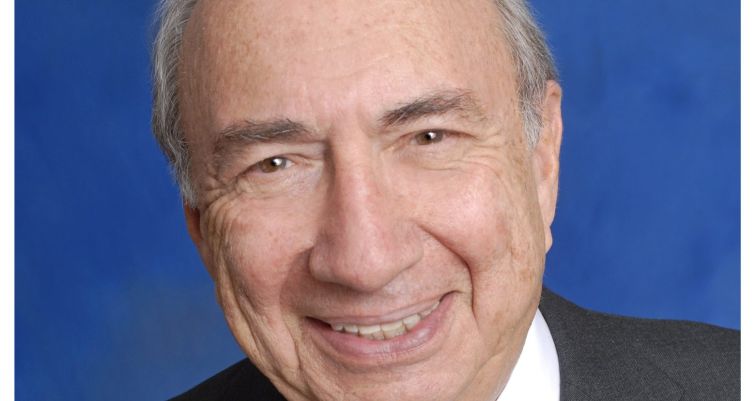 His son, Robert Nelson, described his father’s legacy and influence on his life and career in a recent interview with Commercial Observer. Robert Nelson described his earliest recollection as “sitting around the dinner table and my dad talking about his business,” and went on to describe the lessons he learned and experience he gained in working for his father.

Nelson was the president of Nelson Equities starting in 1982, where he purchased, owned and managed more than 3,000 residential units in New York City. Prior to this role, Nelson was president and chief executive officer of Cauldwell Wingate, where he was responsible for all real estate development.

He founded New York City’s Education Construction Fund in 1967, enabling the construction of more than $1 billion in new development—including 4,500 units of new housing and 1.2 million square feet of office space to date.

The ECF was the first program of its kind, funding the construction of more than 15 public schools for mixed-use properties through the sale of air rights to developers. Projects include 3 Park Avenue, the site of the Norman Thomas High School; Confucius Plaza, a 762-unit mixed-use property in Chinatown and home to the Yung Wing Public School, P.S. 124; and the Verizon Building at 375 Pearl Street in Brooklyn. Today, World Wide Group and Rose Associates are developing a mixed-use project—which will house a public school, housing and commercial space at 250 East 57th Street—through ECF.

As deputy coordinator for housing and development under the administrations of Mayors Robert F. Wagner and John Lindsay in the 1960s and 1970s, Nelson ran New York City’s Mitchell-Lama Housing Program. During his time under the two administrations, he managed 60,000 units of middle-income housing and developed 10,000 units of middle-income apartments.

As well as having a successful career in real estate, Nelson was a committed philanthropist. He served on the board of Maimonides Hospital, overseeing numerous projects including the construction of the Maimonides Cancer Center. He also supervised the $40 million restoration of the Central Synagogue in 1998, following a fire.

Nelson’s wife Eleanor passed away in 2012. In addition to his son Robert, he is survived by his daughter Judi Camps, his daughter-in-law Anita, his son-in-law Jeff Camps, his grandchildren Ashley, Brooke, Max and Dylan, his sister Barbara Albert and his companion, Zita Rosenthal.