7 Train on Track to Increase Multifamily Property Values in Queens 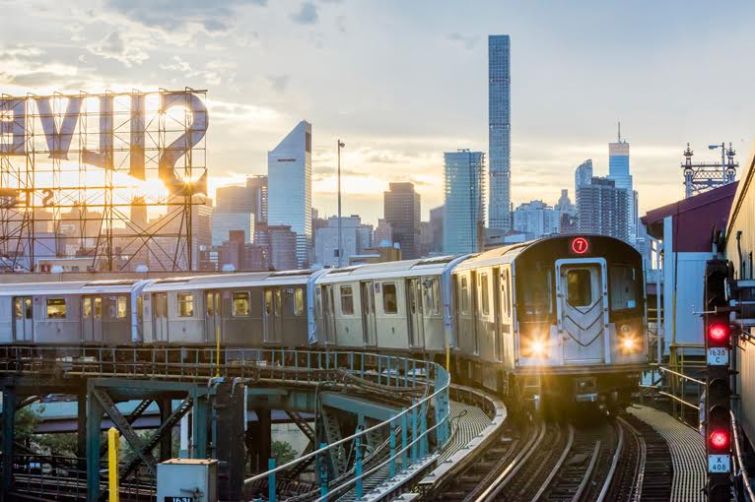 All aboard! The next hot area for real estate investors may be further into Queens than Long Island City, in residential neighborhoods like Woodside, Sunnyside, Jackson Heights, Elmhurst and Corona.

Similar to how the L line drew activity to Brooklyn’s Williamsburg, Greenpoint and Bushwick, as people are priced out of Kings County, the 7 train will increasingly attract investors to inner Queens areas, according to an Ariel Property Advisors report provided first to Commercial Observer.

“With the impending shutdown of the L train, and the oncoming development of the Cornell Tech campus on Roosevelt Island as well as the proposed Midtown East rezoning set to affect Manhattan stations along the line, we see the time as now for investors looking to take advantage of the relative discount in prices in Queens, specifically along the most convenient path to Manhattan, the 7 train,” Aryeh Orlofsky, the director of investment research at Ariel, said via a spokeswoman.

And those rents are a bargain, compared with other boroughs. Manhattan multifamily buildings go for $1,000 per square foot today, and Brooklyn ones trade for $400 per square foot, the report notes.

Cap rates, representing the return on investment, have been more attractive in Queens than in Manhattan and similar to Brooklyn. During the first half of 2016, cap rates in Manhattan were 3.67 percent, in Brooklyn they were 4.44 percent and in Queens they were 4.39 percent, according to Ariel.

Regarding the upside in the multifamily market in inner Queens, Thomas Donovan, a vice chairman at Cushman & Wakefield, said: “The cat’s out of the bag. It’s not a secret any longer. Make the apartments a little nicer. It’s worth investing [in them] because the buildings—a lot of them are undervalued.”

Despite the activity, skyscrapers won’t be built along the 7 line, Daniel Wechsler, a vice president at Ariel, told CO, due to zoning restrictions, and the high costs of building high-rise residential structures. Instead, developers and landlords will buy multifamily properties there and upgrade them.

“You are not going to see the type of physical growth [among buildings] that you are seeing in LIC,” Wechsler said. “[But] you are going to see a major pop in rent growth because of the proximity to Manhattan.” That is likely to increase exponentially in the next number of years when the more than 10 million square feet of office development opens in Hudson Yards near the 7 lines’ West 34th Street Hudson Yards station, which opened in September 2015, the report indicates.

The cheap rents are already evident in parts of Queens. Compared with two-bedroom apartments in Midtown and Midtown East that go for around $4,674 and $4,257 a month, respectively, areas like Sunnyside and Woodside are a bargain, with monthly rents of around $2,287 and $2,112, and both are just a 15- to 20-minute commute via the 7 train, the report indicates.

Even further east on the 7 line, Jackson Heights, Elmhurst and Corona are expected to start to gain serious traction from millennials looking for cheaper rents, who don’t mind 30-minute commutes. Rents in Corona for a two-bedroom pad are as low as $1,968 per month.

“It’s the chase for affordable rent,” Wechsler said. “The further east you go the cheaper it gets. People will ask, ‘can I tack on another five minutes to my commute, another 10 minutes to my commute?’ These neighborhoods are going to become more attractive for people.”

This trend has been long underway in Long Island City, where the average rent for a two-bedroom apartment is $2,905 and the commute to Manhattan ranges from six to 11 minutes via the 7 train. And in that Queens neighborhood, developers are erecting various multifamily skyscrapers, hotels and office buildings.