Ralph Lauren Stores Pose Risk to $1.4B in CMBS 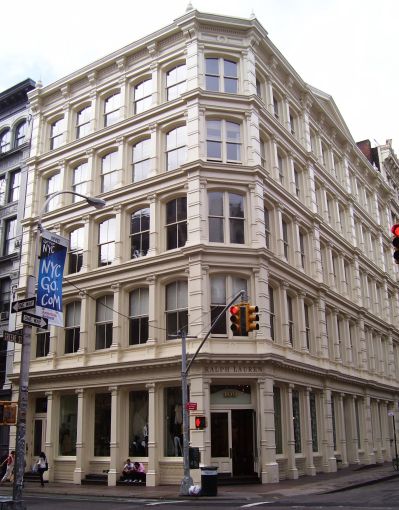 Investors in commercial mortgage-backed securities may be eyeing an iconic American brand’s leasing activity instead of its cute polo shirts soon. Thirty securitized loans, with an allocated property balance of $1.44 billion, have been identified by Morningstar Credit Ratings as having exposure to Ralph Lauren stores.

The preppy fashion house announced plans to restructure the company and close 50 of its 493 stores in the United States—which include Ralph Lauren, Club Monaco and Polo Ralph Lauren Factory stores— on June 7. CMBS loans have the most exposure to factory stores, with 17 stores located in outlet malls.

Ralph Lauren’s retail square footage totals more than 20 percent of the gross leasable area in two of the securitized loans in New York City and Pitkin, Colo . Additionally, six loans have occupancy that would drop to 80 percent or less if the retailer or an affiliate were to vacate, analysts wrote.

Offsetting this risk is the healthy status of the loans; all are current and none have a debt service coverage ratio below break-even. Additionally, although six loans are scheduled to mature by the end of 2017, the remaining 24 won’t mature until 2020 or later, which should provide enough time to re-lease the space should the retailer leave.

One loan to watch, according to Morningstar analysts, is the $35 million 109 Prince Street location in Manhattan. The loan is part of JPMCC 2014-C20 and 74.2 percent occupied by Ralph Lauren—the occupancy would drop to 25.8 percent in the case of the lease not being renewed in 2026.

That said, Paul Swinand, an equity analyst at Morningstar, believes that Ralph Lauren’s reputation as a brand associated with luxury and style allows it to maintain a competitive advantage and, because it leases space in premier locations, new stores may eventually open. As a result, Morningstar does not see a high risk for Ralph Lauren’s five Manhattan locations, which include flagship stores and a showroom and comprise 10.8 percent of CMBS’ total exposure to the company.