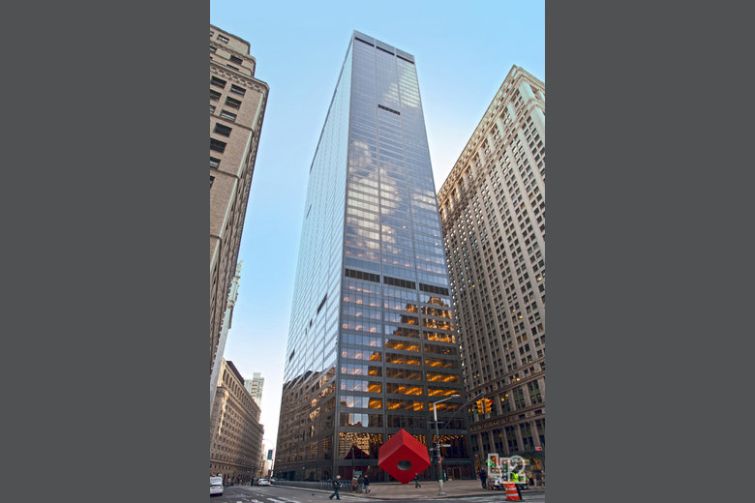 One of the largest entertainment talent agencies that represents clients like Antonio Banderas and Ezra Miller is relocating to a 50,600-square-foot office at 140 Broadway between Cedar and Liberty Streets in the Financial District.

Paradigm Talent Agency will occupy the entire 26th and 27th floors of the 51-story building. Asking rent in the 10-year deal at the Union Investment-owned tower was $65 per square foot, according to The Real Deal.

Paradigm is currently on the 16th floor at 360 Park Avenue South between East 25th and East 26th Streets, according to CoStar Group. It has occupied 22,500 square feet of the Enterprise Asset Management-owned building since October 2006.

Robert Constable, Myles Fennon and Louis D’Avanzo of Cushman & Wakefield represented the landlord, while Sacha Zarba and Ramsey Feher of CBRE represented the tenant. A spokesman for C&W did not immediately return a request for comment. The CBRE brokers declined to comment.

The 1.2-million-square-foot structure was designated a city landmark in June 2013. The building, popularly called the Marine Midland Building or the HSBC Bank Building, was designed by SOM‘s Gordon Bunshaft and completed in 1967. “Cube,” a 28-foot reddish-orange cube that was created by Japanese-American artist Isamu Noguchi, sits on Liberty Street near the building.

Tenants in the building include Brown Brothers Harriman & Co., a financial services firm, Labaton Sucharow, a financial litigation firm, and Susquehanna International, a global trading firm, according to CoStar.