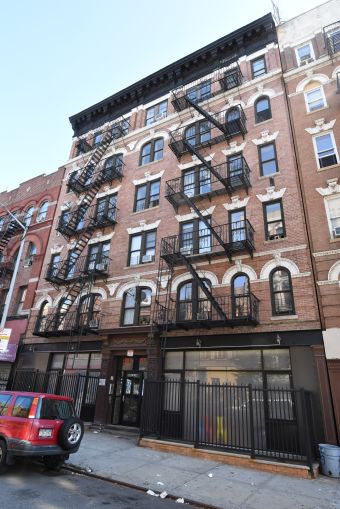 Madison Realty Capital has sold a 35-unit, 22,800-square-foot rental building in Williamsburg for $22.4 million to One Realty Capital, which is more than double what MRC paid for it three years ago, Commercial Observer has learned.

The six-story building at 265-267 South 2nd Street is 100 percent leased and has a mix of two-, three- and four-bedroom apartments, according to a spokesman for MRC, a Manhattan-based real estate equity and debt investment firm. The seller bought the property between Havemeyer Street and Marcy Avenue for $9.7 million in April 2013.

After MRC acquired the building, it completed a variety of renovations including adding new kitchens with granite countertops and stainless steel appliances, and updated bathrooms with new tile and fixtures. MRC also added recessed lighting, hardwood floors and crown moldings in the living spaces.

“When we acquired it, this property needed modernization to improve its position in the competitive Williamsburg rental market,” Joshua Zegen, a managing principal at MRC, said in prepared remarks. “Our construction and asset management teams were successful in creating a modernized multifamily product that was appealing to investors.”

A spokesman for MRC said One Realty Capital is based in New York City, but CO could only find a company by that name in Miami. No one from the Miami-based real estate investment firm, One Realty Capital, returned a request for comment.

There were not any brokers on the direct deal. MRC declined to say whether the units were all market-rate or rent-stabilized. StreetEasy lists three-bedroom units for $3,799 per month and two-bedrooms for $2,899 per month.