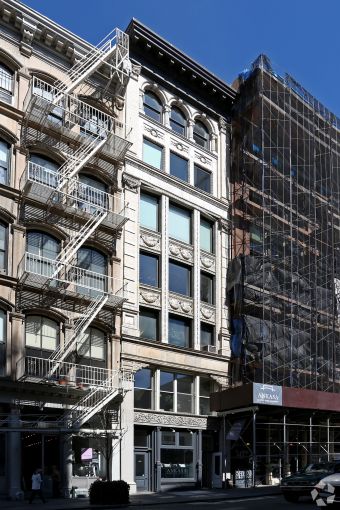 Indochino, an online custom suit maker, has sewn up a deal at 424 Broome Street for a brick-and-mortar store that opened today, Commercial Observer has learned.

The retailer has signed a 10-year lease for 4,100 square feet at the Thor Equities-owned retail condominium between Lafayette and Crosby Streets. Asking rent in the transaction was $275 per square foot, according to the landlord.

“Indochino was drawn to 424 Broome Street’s beautiful interiors, as well as its ideal location in the heart of one of Soho’s premier shopping corridors,” Joseph Sitt, the chief executive officer of Thor, said in a press release.

A Thor spokesman said the lease was signed last week and that Indochino already has signage and started serving customers as of this morning.

Indochino, which also has stores in Boston and Toronto, is moving from a block over at 435 Broome Street between Crosby Street and Broadway, according to Thor.

Fritz Kemerling of The Dartmouth Company represented Indochino, while Joshua Danesh of Thor represented the landlord in-house. Kemerling was not immediately available for comment.

Thor closed on the retail condo at 424 Broome Street in early November 2015 for $7.2 million, as CO reported at the time. The space was previously occupied by homegoods brand Ankasa, whose parent company sold the property to Thor.