Construction Industry Slashes 15,000 Jobs in May 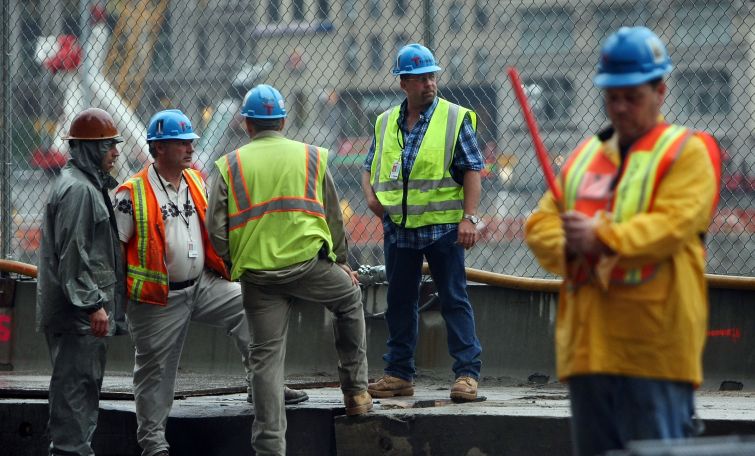 The U.S. construction industry lost 15,000 jobs in May—the second consecutive month in which building saw employment losses—according to a new jobs report from the federal Bureau of Labor Statistics. The weak performance suggests caution in spending on new projects. This has been the industry’s worst month in terms of jobs since December 2013, according to a separate report from Associated Builders and Contractors.

Despite a reduction in spending this month, money committed has increased across various subsectors over the past year. Construction-related jobs usually peak in the warmer months, but a milder winter has possibly leveled it out.

“The fact that the unemployment rate has shed 3.5 percentage points in two months while losing 20,000 jobs is indicative of a shrinking labor force,” said Anirban Basu, ABC’s chief economist, in a prepared statement.

Despite the economy’s sluggish growth and job cuts, New York City construction seems to have had a positive economic impact over the past year, according to a new report by the New York Building Congress that came out earlier this week.

The local economy generated an estimated $61 billion in 2015, according to a preview of their report shared with Commercial Observer. Approximately $39 billion was spent on construction, and this led to a further $22 billion in business support and consumer spending.

But one month doesn’t make a trend. Despite a slow jobs report nationwide, the Building Congress’ snapshot of the past year shows increased spending and investment. This is an encouraging sign for the construction industry, which could translate to a recovery of jobs in the future.