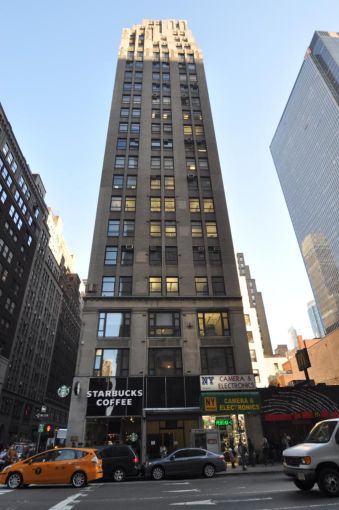 Ronnette Riley Architect has signed a 5,500-square-foot lease to relocate to 494 Eighth Avenue from its current home at the Empire State Building, where it has been for nearly three decades.

Commercial Observer has learned that the architecture firm will be moving onto the entire 15th floor of the 24-story building between West 34th and West 35th Streets, according to Joe Friedman of MHP Real Estate Services, who represented the tenant. The asking rent in the 10-year deal was in the low-$40s per square foot.

The firm “was looking for lots of light and lots of windows at a good price and this building fit the requirement,” Friedman told CO.

Ronnette Riley is leaving the Empire State Building at 350 Fifth Avenue because the firm’s lease expired and landlord Empire State Realty Trust wanted to raise the rent, Friedman said, declining to say by how much. A spokeswoman for ESRT did not respond to a request for comment.

The architecture firm will move into its new digs next month following a build-out. The space comes with windows on two sides.

Ronnette Riley designs commercial, hospitality and residential spaces among others. It was behind the design of Apple’s Soho store at 103 Prince Street and Coca-Cola’s retail store at 711 Fifth Avenue.

Other tenants in the 111,000-square-foot building include Finesse Embroideries and law firms Ellenberg & Partners and Shukat Arrow Hafer Weber & Herbsman.