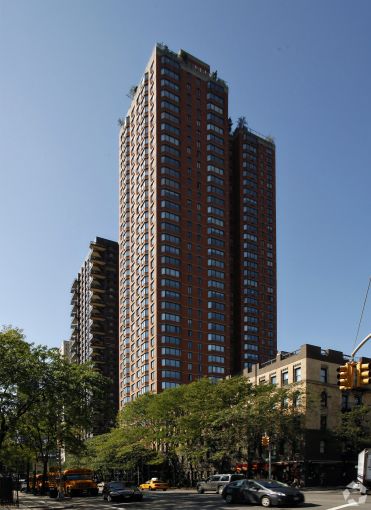 Take a back seat Lin-Manuel Miranda, there’s an even more expensive Hamilton in town.

The balance-sheet mortgage from Signature carries a seven-year term with a fixed rate of 3.625 percent and three years of interest-only payments, the sources said. The transaction closed yesterday.

The debt will go toward Bonjour’s roughly $140 million purchase of the 265 rental-unit, 38-story tower which was built in 1986, one source with intimate knowledge of the deal confirmed on the condition of anonymity.

The doorman building currently provides valet and maid services to tenants as well as shuttle bus services to shopping destinations. The property also has a fitness center, an outdoor patio, rooftop deck, a greenhouse and a playroom, according to Glenwood’s website.

The most recently listed three-bedroom, three-bathroom apartment listed on StreetEasy had a monthly asking rent of $7,595.

The new owner is expected to complete $20 million in renovations on the rental tower, located between East 90th and East 91st Streets, and change the property’s name to the “Serrano,” as The Real Deal reported earlier this week.

Meridian Capital Group’s Shaya Ackerman and Shaya Sonnenschein negotiated the financing on behalf of the borrower.

“Meridian was able to obtain uniquely favorable terms, including three years of interest-only payments, based on the high quality of the asset and its potential for value-add upside, the strength and reputation of the sponsor and Meridian’s active relationship with the lender,” Mr. Ackerman said via a spokesman. (The brokerage declined to share the identity of the lender).